Laura Ingalls Wilder is one of the most influential children’s authors in American history. Her vibrant retelling of episodes from her childhood in the world-famous Little House historical fiction series helped shape the popular idea of the American frontier.

Growing Up on the Frontier

“I began to think what a wonderful childhood I had had. How I had seen the whole frontier, the woods, the Indian country of the great plains …”

Laura Elizabeth Ingalls was born on a frontier farm near Pepin, Wisconsin, on February 7, 1867. She was the second of five children born to Charles and Caroline Ingalls. Like other families in the frontier West, Charles and Caroline worked very hard for their family’s survival. They did all kinds of chores together, like milking cows and making butter and cheese from the milk, planting gardens, butchering hogs and smoking the meat, making soft leather from deer hides, making sugar from maple sap, and gathering wild honey. On top of this, Charles farmed the land, shot wild game with bullets he molded himself, fished, and trapped animals for their pelts while Caroline was in charge of cleaning the house, sewing the family’s clothes, and taking care of the garden. Laura would recall all these things later in life in her writings. 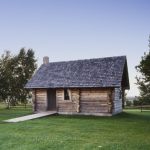 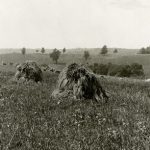 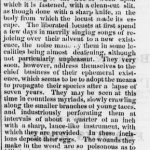 In 1869 the family moved to the Osage Indian Reserve in Kansas, where Laura remembered meeting Indians and witnessing cattle drives across the open plains. After a year, the family made a short return to Wisconsin before moving to Walnut Grove, Minnesota. On the way, Laura saw her first train.

The family encountered hard times in Minnesota. Their crops were wiped out two years in a row by plagues of locusts that swarmed over the land and ate nearly every plant in sight. Also, Laura’s little brother, Freddie, died at nine months old. To make ends meet, the family moved to Burr Oak, Iowa, and ran a hotel before moving back to Walnut Grove.

A Little Town in South Dakota

“I realized I had seen and lived it all—all the successive phases of the frontier, first the frontiersman, then the pioneer, then the farmers and the towns.”

In 1879 the family moved to DeSmet, South Dakota, where Laura spent the remainder of her childhood. These years were difficult for the family, but they were also important in shaping Laura’s later life as a writer.

Just before the move, Laura’s sister Mary had a fever that caused her to go blind, so Laura took on the extra responsibility of caring for Mary and serving as her eyes. 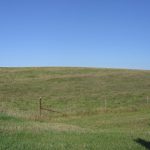 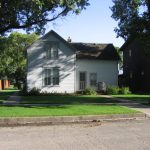 In their second year in South Dakota, a string of blizzards set in that threatened the town’s survival. Laura’s family ran out of food and wood. In order to make flour, they had to take turns grinding wheat in a coffee grinder. They also wound together tufts of hay very tightly, so they could burn it for heat. Charles had to string a clothesline between the house and the barn so he would not get lost in the snow. The town was saved when two young men, including Laura’s future husband, Almanzo Wilder, risked their lives by going out into the country to bring in a sled full of wheat.

Everywhere they lived, when they had the opportunity, Laura’s parents took their children to church and enrolled them in school. Caroline was a former school teacher, and she made sure there was always something around the house for the girls to read, especially the Bible.

Laura attended high school in DeSmet and stood out from her classmates as the best scholar. Although she never graduated from high school—both because DeSmet did not have a full twelve-year education program and because she committed herself to fulltime teaching—Laura came away from school with a lifelong love of learning.

In 1882 Laura got her first teaching job in a community near DeSmet. Almanzo Wilder gave her rides in a buggy to and from the school every week, and the two struck up a friendship. Their relationship soon turned romantic and they were married on August 25, 1885. 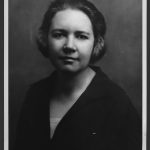 Aside from the birth of their daughter, Rose, in 1886, the young couple was plagued by a series of disasters in their first four years of marriage. First, hail destroyed their wheat crop and then their barn burned, along with the grain and hay they stored in it. Next, both Laura and Almanzo contracted diphtheria, which left Almanzo partially paralyzed. He walked with a cane and struggled with poor health for the rest of his life. Then they lost two wheat crops to drought, which was followed by the death of their two-week-old son. Two weeks later, their house burned, along with most of their possessions.

After short stints living in Minnesota and Florida, Laura and Almanzo moved back to DeSmet, where Laura worked as a dressmaker and Almanzo was a carpenter.

Becoming a Writer in the Land of the Big Red Apples

“Then I understood that in my own life I represented a whole period of American History.”

In 1894, in response to advertisements proclaiming that Missouri was “The Land of the Big Red Apples,” Almanzo and Laura moved to Rocky Ridge Farm, just outside of the small town of Mansfield, Missouri. They experienced more success there than in South Dakota, and lived in Missouri for the rest of their lives. 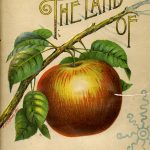 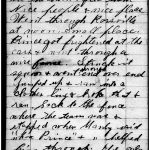 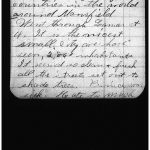 Both Laura and Almanzo were famous in the area for their farming skills, and it was through her agricultural career that Laura got a start in writing. In 1911 Laura wrote several articles about farm life for the Missouri Ruralist.

The influence of her daughter Rose was also important to Laura’s early writing career. By the time Rose was a young adult, she had become a successful professional writer under the name Rose Wilder Lane. In addition to serving as her mother’s editor, Rose helped get Laura’s articles published in two national magazines, McCall’s and Country Gentleman.

In 1929 Almanzo and Laura lost most of their life savings in the stock market crash that signaled the beginning of the Great Depression of the 1930s. Rose helped support them on Rocky Ridge Farm. During this time, Laura wrote an autobiography that was never published. However, the publishers who reviewed it suggested she rewrite the story as fiction. Once Laura decided to take that advice, her famous Little House series was born. 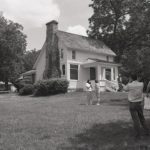 “The spirit of the frontier was one of humor and cheerfulness no matter what happened … It shines through all the volumes of my children’s novel.”

In rewriting her autobiography as fiction, Laura focused on her childhood, and wrote each volume about a specific time in her young life. (An exception is her second book, Farmer Boy, which is about Almanzo’s childhood in New York.) Little House in the Big Woods is about her family’s life in Wisconsin. Little House on the Prairie describes their time in Kansas, while On the Banks of Plum Creek is based on their stay in Minnesota. By the Shores of Silver Lake, The Long Winter, Little Town on the Prairie, and These Happy Golden Years are all focused on Laura’s remaining childhood years in South Dakota.

While each story’s main theme was drawn from real life events, Laura left some facts out and added fictional elements in order to make the books more attractive to young readers. Rose continued to live at Rocky Ridge Farm during most of this time, serving as Laura’s editor and helping to get Laura’s books published. Rose even published pioneer stories of her own. 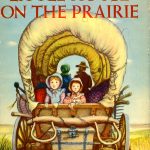 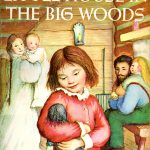 In 1932, at the age of sixty-five, Laura published her first book, Little House in the Big Woods. It received praise and critical acclaim, as did all of the following volumes in the series, which were published between 1933 and 1943. By the time the full series was published, Laura Ingalls Wilder had become a national celebrity. The Little House series grew even more famous after it was reprinted in 1953 with illustrations by Garth Williams who created the artwork for the children’s classics Stuart Little and Charlotte’s Web.

End of a Career

“I have thought … that I would spend what is left of my life living, not writing about it, but a story keeps stirring in my mind and if it pesters me enough I may write it down.”

On October 23, 1949, Almanzo died at the age of ninety-two. Afterward, Laura’s health gradually declined until her death on February 10, 1957, only three days after her ninetieth birthday. Before she died, Laura worked on a book based on the struggles of her early married life, but she never sought to have it published. This manuscript was discovered in Rose Wilder Lane’s belongings after her death on October 30, 1968. It was published in 1971 as The First Four Years. 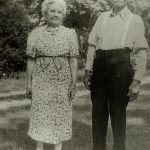 “The children send me their pictures, Christmas cards and presents, valentines, birthday cards and gifts … I think I had letters from every state …” 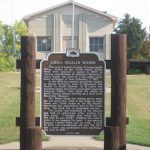 The vivid details and realistic characters of the Little House series helped bring to life Laura’s experience on the American frontier for countless children around the world. Aside from having multiple libraries, reading rooms, and elementary schools named after her, including in her home towns of Mansfield and De Smet, Laura’s books can still be found on library and elementary school reading lists all over the country.

In 1954 the American Library Association created the Laura Ingalls Wilder Award for lasting achievements in children’s literature, and gave the first award to Laura the next year. The commercial success of the Little House book series reached new heights during and after the 1970s due to the success of Little House on the Prairie, a long-running television series loosely based on the books. Nearly all of the places where Laura Ingalls Wilder once lived are now National Historic Landmarks and have become tourist destinations. In 1993 Little House on the Prairie was honored on a stamp by the U.S. Postal Service as one of the top four classics of American children’s literature.

In her description of the American frontier, Laura Ingalls Wilder opened up a new frontier of imagination for American children. Today, schools and libraries around the country continue to rely on her writings to entertain students while teaching them about this important period in American history.

The following is a selected list of books, articles, and manuscripts about Laura Ingalls Wilder in the research centers of The State Historical Society of Missouri. The Society’s call numbers follow the citations in brackets.