Tom Turpin was a musician and businessman whose bar in St. Louis became an important gathering place for ragtime musicians, including Scott Joplin. Turpin was born in Savannah, Georgia, and moved with his family to St. Louis in the early 1880s. Turpin’s father ran a saloon and was active in local politics. Together with his brother Charles, Turpin traveled west and invested in a Nevada gold mine. When this venture proved to be unsuccessful, Turpin returned to St. Louis and opened the Rosebud Bar at 2220 Market Street. This saloon became a focal point for the ragtime music scene. 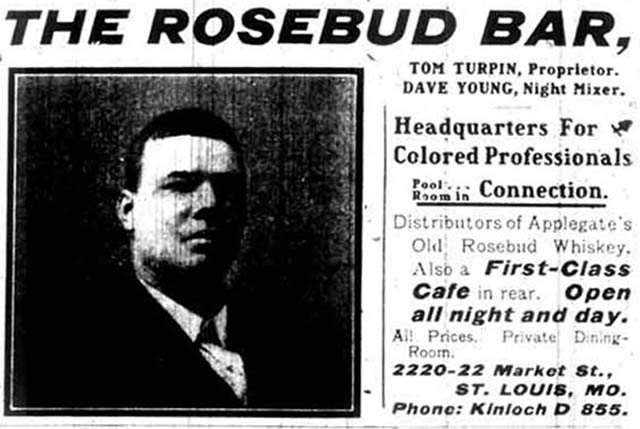 For more information about Tom Turpin’s life and career, see the following resources:

The following is a selected list of books, articles, and manuscripts about Tom Turpin in the research centers of The State Historical Society of Missouri. The Society’s call numbers follow the citations in brackets.