Margaret Tobin Brown captured the world’s attention for her brave actions during the sinking of the RMS Titanic. She was subsequently known as “The Unsinkable Molly Brown,” although during her lifetime she was referred to as “Maggie” not Molly.

Born on July 18, 1867, in Hannibal, Missouri, Margaret Tobin was the second of four children born to John and Johanna Collins Tobin. She also had two half-siblings. Margaret’s Irish immigrant father, John Tobin, worked at the Hannibal Gas Works. Margaret attended private school taught by her aunt Mary O’Leary until she was thirteen years old. She then worked at the Garth Tobacco Factory in Hannibal to help support her family. 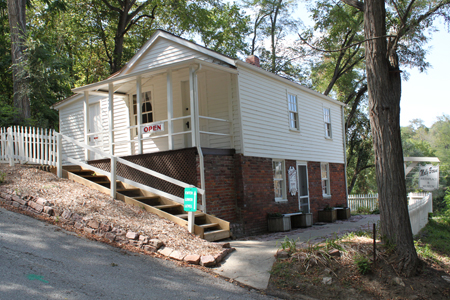 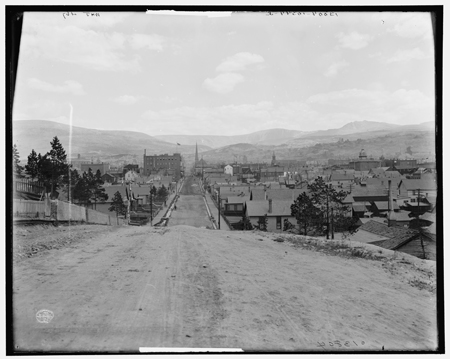 In 1883 Margaret’s half-sister, Mary Ann, married and moved to Leadville, Colorado, a prosperous silver mining town. Another of the Tobin siblings, Daniel, settled in Leadville. In 1886, he sent for Margaret to join him. She found work sewing carpets and draperies at the dry goods firm of Daniels, Fisher, & Smith.

Shortly after moving to Leadville, Margaret met James J. (J.J.) Brown at a church picnic. Brown, the son of Irish immigrants, was a mining superintendent at the Ibex Mining Company. The couple married on September 1, 1886, at Annunciation Church in Leadville. The Browns had two children: Lawrence and Catherine. Years later, the couple legally separated but did not divorce.

In 1893 J.J. Brown’s years of hard work paid off.  As a minor stockholder in the Ibex Mining Company, he became wealthy after rich veins of gold and silver were discovered in the company’s Little Jonny Mine. The Browns moved to Denver, Colorado, where Margaret became an active social reformer, joining the Denver Woman’s Club and the Denver Women’s Press Club. Both organizations sought to better the lives of others through political and social activism. One project Margaret was most proud of was the construction of a playground and summer school for poor children at Denver’s River Front Park.

She also supported numerous charities and was especially fond of helping women and children in need. One of her favorite causes was Denver’s Juvenile Association for the Protection and Betterment of Children.

Throughout her life, Brown loved to travel. In early 1912 she visited Egypt before traveling to Europe. While in France, Margaret learned that her young grandson was ill. Worried, she made plans to immediately return to the United States and booked passage on the maiden voyage of the RMS Titanic, the largest and most extravagant ship of its time.

On the evening of April 14, 1912, the RMS Titanic struck an iceberg. When it became clear that passengers should be evacuated, Brown assisted fellow passengers into Lifeboat 6 before she was shoved into the boat. Brown maintained morale among her fellow survivors as they waited for rescue. 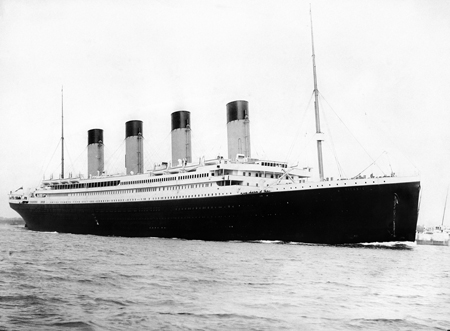 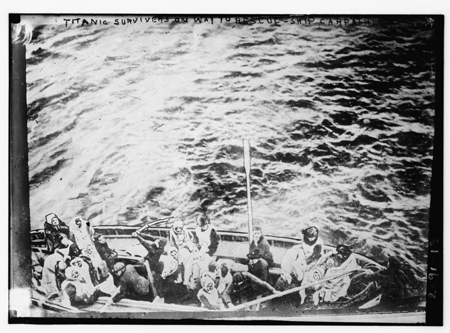 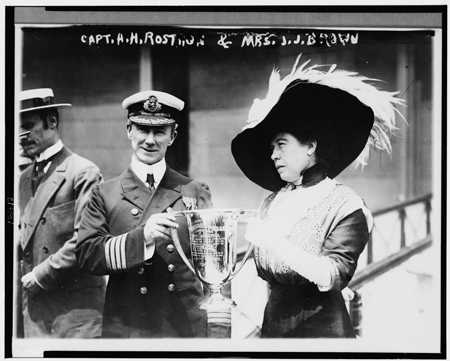 Fifteen hundred and two passengers lost their lives when the Titanic sank into the depths of the North Atlantic ocean. After Brown and other survivors were rescued by the RMS Carpathia, she helped organize relief efforts for destitute passengers.

In 1914, following a failed bid five years earlier, Margaret Brown unsuccessfully ran a second time for the U.S. Senate. That same year, during a coal miners’ strike at Ludlow, Colorado, miners and their families were attacked by members of the Colorado National Guard and employees of the Colorado Fuel and Iron Company. An estimated two dozen people were killed. Brown, sympathetic to the miners’ plight, worked to draw worldwide attention to what became known as the “Ludlow Massacre.”

During World War I, Brown donated her summer home in Newport, Rhode Island, to the local chapter of the American Red Cross to support the war effort. She then traveled overseas to serve as a director for the American Committee for Devastated France. The French government awarded her the French Legion of Honor for her work.

In her later years, Margaret Brown continued to travel, and escaped disaster a second time when the hotel she was staying at in Palm Beach, Florida, caught on fire. Brown led other guests to safety down a fire escape. On October 26, 1932, Margaret Tobin Brown died in her sleep in New York City. She is buried next to her husband in the Cemetery of the Holy Rood in Westbury, New York.

Margaret Brown once said, “It isn’t who you are, nor what you have, but what you are that counts.” She is remembered for her courage, social activism, and generosity to others.

The following is a selected list of books, articles, and manuscripts about Margaret Tobin Brown in the research centers of The State Historical Society of Missouri. The Society’s call numbers follow the citations in brackets.