Franz Sigel was a Union general in the Civil War. He was born on November 18, 1824, in Sinsheim, a small community in southwest Germany, and was the third of six children of Moritz Sigel, a lawyer and judge, and his wife, Anna Marie Pauline Lichtenauer. Franz received an excellent education at the Classical School in Bruchsal and the military academy at Karlsruhe. He served as a lieutenant in the Baden army from 1843 to 1847, but resigned after killing another officer in duel.

Sigel entered law school at the University of Heidelberg, but the Revolutions of 1848 began soon after he enrolled. Sigel led a group of inexperienced soldiers against the monarchy in Baden and was defeated. He returned in 1849, serving as revolutionary commander-in-chief and secretary of war, but was defeated again. He fled Germany forever on July 7, 1849.

Sigel bounced around Europe before moving to London, where he initially made a living as a pianist. In 1852 he immigrated to New York City, where he worked a variety of jobs, including being a language tutor, musician, surveyor, cigar store owner, author, magazine publisher, and teacher. In 1854 Sigel married Elsie Dulon, with whom he had five children. In 1857 he moved to St. Louis, where he joined the Republican Party, cofounded a monthly magazine, and was a teacher and superintendent at the German Institute.

Sigel resigned from the German Institute in February 1861 to fight in the Civil War. He was appointed second lieutenant, then colonel, in a local Union army regiment in St. Louis. Sigel was extremely popular with German Americans for his past military activities in Germany. Many German volunteers who joined the Union army proudly said, “I fights mit Sigel.”

Sigel served under General Nathaniel Lyon in St. Louis and took part in the Camp Jackson Affair on May 10, 1861. He was promoted to brigadier commander in the Second Brigade of the Missouri Volunteers and went to Springfield to stop Confederate armies from joining together. Sigel unknowingly freed captured Confederate spies, who betrayed his position. Falsely thinking he had the advantage, Sigel marched his forces on Carthage, Missouri, on July 5 against a much larger Confederate force. After several cannons overheated, Sigel’s men retreated. His effective tactics kept the enemy from overwhelming his smaller force. This increased his legend among the German Americans.

Sigel’s forces regrouped with Lyon’s in Springfield. On August 10, at the Battle of Wilson’s Creek, Sigel led a failed attempt to surround the larger Southern forces of General Sterling Price. Lyon was killed and Sigel again led a retreat. His performance in this retreat drew criticism from soldiers until Major Samuel Sturgis took command. Despite this failure, Sigel was promoted to brigadier general on August 28. 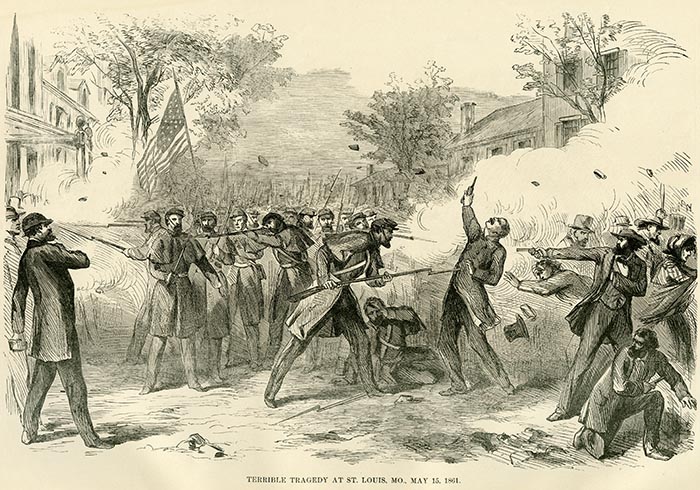 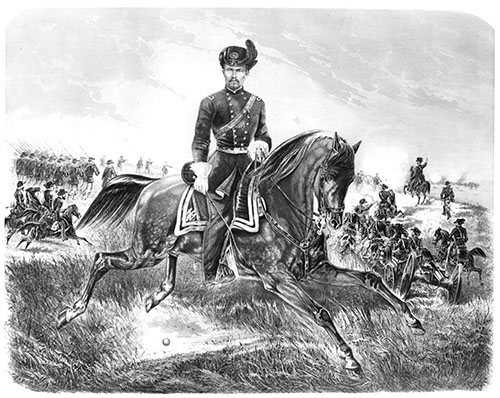 Offended that Brigadier General Henry Halleck did not promote him to an even higher position, Sigel resigned on December 31, 1861. German Americans across the nation protested. President Lincoln refused to accept his resignation, and Sigel kept his position. His greatest victory came in March 1862 at the Battle of Pea Ridge in northwest Arkansas, where Sigel’s troops forced the Confederate army to flee in panic. Afterward, Sigel was promoted to major general and sent to fight in the East, where he chose mainly German Americans such as Carl Schurz to serve as his officers.

In June Sigel was given command of the First Corps in the massive Army of Virginia, which was disbanded after suffering a defeat at the Second Battle of Bull Run. Sigel was then given a smaller command with the Eleventh Corps of the Army of the Potomac in January 1863. Constantly at odds with Union leadership, Sigel asked to be relieved of his command in March. In April he asked to be reinstated and was given a relatively unimportant post in a reserve army in Pennsylvania.

Sigel was given command of the Department of West Virginia on February 2, 1864, but was relieved in May after suffering a defeat at the Battle of New Market. Sigel then led a reserve force charged with protecting Harpers Ferry and the Baltimore and Ohio Railroad, but performed poorly and was relieved for a final time on July 8, 1864. On May 4, 1865, Sigel resigned from the Union army.

After the war, Sigel published a German-language newspaper in Baltimore before going to New York City in 1867. After short stints as a draftsman in two transportation companies, he served in a number of local government positions from 1870 to 1889, including internal revenue collector, city register, equity clerk in the county clerk’s office, and pension agent. He was also a writer, public speaker, and school district inspector. In 1895 he published a newspaper, the New Yorker Deutches Volksblatt. He was editor of the New York Monthly from 1897 until his retirement in 1900. 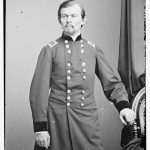 After years of declining health, Franz Sigel died on August 21, 1902. Ever popular among German Americans, Sigel’s visitation was attended by over twenty-five thousand people. Schools, parks, and ships were named after him, and statues were erected in St. Louis and New York. Although Sigel ultimately failed as a general, his celebrity status inspired many German Americans to support the Union cause.

For more information about Franz Sigel’s life and career, see the following resources:

The following is a selected list of books, articles, and manuscripts about Franz Sigel in the research centers of The State Historical Society of Missouri. The Society’s call numbers follow the citations in brackets.