Rose Philippine Duchesne was a French Catholic missionary. Born on August 29, 1769, in Grenoble, France, she was the eldest of five surviving children born to Pierre-Francois Duchesne and Rose-Euphrosine Perier Duchesne.

Born into a wealthy, influential Catholic family, she enrolled as a student at the Visitation Convent of Sainte-Marie d’en Haut in Grenoble. After listening to a Jesuit priest tell stories about his work among Indian tribes in Louisiana Territory, Duchesne decided she wanted to serve as a missionary to Native Americans. Shortly after enrolling at the convent, much to her parents’ dismay, Duchesne announced her intent to become a nun.

Despite her parents’ best efforts to convince her to marry, Duchesne remained committed to the Church. She continued her religious studies until the outbreak of the French Revolution, during which the Catholic Church in France came under intense scrutiny.

When her convent closed due to the sweeping changes taking place in revolutionary France, Duchesne focused her attention on helping the less fortunate. After anti-Catholic sentiment began to lessen, she renewed her commitment to becoming a nun. After meeting Madeleine-Sophie Barat, the founder of the Society of the Sacred Heart of Jesus, Duchesne joined the religious order.

In 1818 the forty-eight-year-old Duchesne’s desire to work with and minister to Native Americans was recognized by the Bishop of Louisiana, Louis William Dubourg. She was granted permission to travel to St. Louis in Missouri Territory with four other nuns. Before embarking on the six-month journey, she wrote to her cousin Josephine, “When my thoughts revert to what I am leaving in France—all that is dear to me—I put them aside, being intimately convinced that, as I have desired only one thing—to answer God’s call and abandon myself to His Providence—so the voyage and the trials ahead will never be as great as the help I may confidently expect from him.” 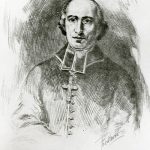 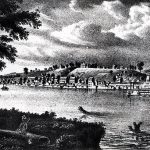 After a stormy voyage, Duchesne and her fellow nuns arrived in New Orleans, and then traveled upriver by steamboat to St. Louis, a frontier trading post located at the confluence of the Missouri and Mississippi rivers. Upon arrival, Duchesne learned that they would not be staying in St. Louis. Instead, she and her companions received orders to settle in St. Charles, a tiny village twenty miles to the northwest. Most upsetting of all was the news that Duchesne would not be working with Native Americans. Contrary to Bishop Dubourg’s initial promise, he instructed Duchesne to open a school to educate American and French Creole children, not Native American children.

Duchesne and her fellow nuns opened their school in a humble building that also served as their living quarters. It was the first free school established west of the Mississippi River. Students received instruction in reading, writing, mathematics, and the tenets of Christianity.

Just as Duchesne feared, the school was beset by financial problems. Despite the limited success of the first school, Duchesne was directed by Bishop Dubourg to open a new school in nearby Florissant in 1819, but it too suffered financial difficulty. Duchesne opened a school for Native American girls in 1825, but it closed after Indians in Missouri ceded their land to the federal government in exchange for territory farther west. She then opened a free school in St. Louis in 1827 that was successful. 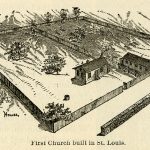 Sister Duchesne, in spite of the daily hardships she faced, stayed true to her mission to help and serve others. In addition to the many schools she founded, Duchesne started a Sunday school for mulatto girls and established an orphanage.

As she grew older, the burden of serving as administrator of the Society of the Sacred Heart’s North American affairs began to weigh heavily upon Duchesne, and she asked to be released from her administrative duties. In 1841 the elderly Duchesne traveled to Kansas to minister to the Potawatomi tribe, fulfilling her dream of working with Native Americans. The Potawatomi called her “Quah-kah-ka-num-ad,” or “Woman Who Prays Always.” Sadly, Duchesne’s health faltered, and she reluctantly returned to St. Charles, Missouri, where she continued to advocate on behalf of the less fortunate. 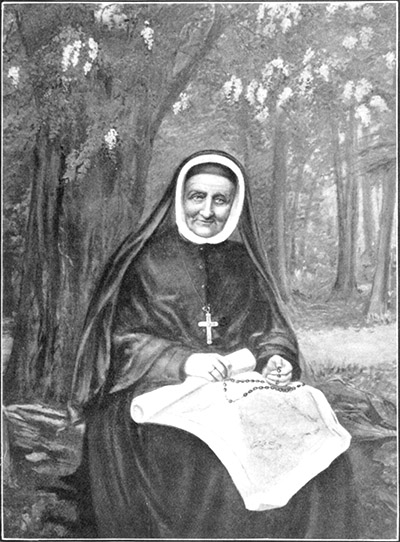 After years of poor health, Rose Philippine Duchesne died on November 18, 1852, in St. Charles. She became a Catholic saint when she was canonized on July 3, 1988, by Pope John Paul II.

The Academy of the Sacred Heart in St. Charles, founded in 1818 by Sister Duchesne, continues to operate to this day as a coeducational private school, continuing her legacy of education.

The following is a selected list of books, articles, and manuscripts about Sister Rose Duchesne in the research centers of The State Historical Society of Missouri. The Society’s call numbers follow the citations in brackets.