Lloyd Gaines was the plaintiff in Missouri ex rel. Gaines v. Canada, a lawsuit that resulted in an important legal victory for the American civil rights movement in 1938.

Lloyd Lionel Gaines was born in Water Valley, Mississippi, in 1911 to Henry Richard Gaines, a tenant farmer and former teacher, and his wife, Callie. Lloyd had ten other siblings, but several of them died during Lloyd’s childhood, as did his father.

In the spring of 1926, Lloyd’s family went to live in St. Louis with his older brother, George Gaines. Lloyd’s education in Mississippi was so poor that at age fifteen he was put in Waring Elementary School’s fifth-grade class. Yet he caught up quickly. He excelled as a high school student, serving on the school debate team, writing for the school journal, and winning election as vice president of his senior class. 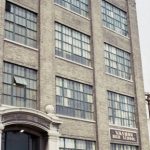 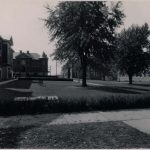 Lloyd graduated from Vashon High School in 1931, and an essay that he wrote earned him a $250 scholarship for college. After attending Stowe Teachers College for a year, Lloyd left St. Louis to attend Lincoln University in Jefferson City. He graduated in 1935 with a history degree and began to consider continuing his studies by going to law school.

In the 1930s, education in Missouri was segregated, and Lincoln, the only black university, had no law school. Gaines therefore would have been forced to leave the state to pursue a law degree. One of Lloyd’s former teachers presented another possibility by putting him in touch with leaders in the National Association for the Advancement of Colored People (NAACP) who pledged to support him in a lawsuit for the right to attend the University of Missouri School of Law.

Gaines applied to MU’s law school in the summer of 1935. Silas W. Canada, the university registrar, refused to decide on his admission. On January 24, 1936, lawyers from the NAACP sued Canada to force a decision. In March, Gaines was formally denied admission to the law school because he was black.

On April 15, 1936, Lloyd and his lawyers from the NAACP sued to gain entry into the University of Missouri. Lloyd’s case was partially based on Plessy v. Ferguson, a US Supreme Court case from 1896 which upheld segregated public facilities if they were “separate but equal.” His attorneys also based their argument on the Fourteenth Amendment to the US Constitution, which guarantees “the equal protection of the laws” for everyone in each state.

Although Lloyd’s case was highly publicized by members of the black press such as Lucile Bluford of the Kansas City Call, newspapers controlled by whites gave uneven coverage of the lawsuit. Many even squarely campaigned against Gaines. Furthermore, although blacks were often openly discriminated against in Missouri’s legal system, the judges Lloyd faced had additional biases. The judge who ruled against him in circuit court in July 1936 was a University of Missouri School of Law graduate, as were three of the seven judges who heard his case in the Missouri Supreme Court in May 1937 after Gaines’s lawyers appealed the circuit court’s decision. Missouri’s highest court ruled against Gaines on December 9, 1937.

When Lloyd’s case was argued before the US Supreme Court on November 9, 1938, however, things went differently. Just one month later, on December 12, the Court ruled in favor of Gaines. Although it upheld segregation and the idea of “separate but equal” facilities, the Court declared it a violation of the Fourteenth Amendment’s “equal protection” clause for Missouri to force students to seek education out of state because of their race. This decision meant that not only Missouri but all segregationist states were technically required either to provide matching educational programs at a black university, or to allow black students entry into a “white only” university where their desired program existed.

Missouri lawmakers swiftly created a black law school in 1939 to avoid desegregating the University of Missouri, so the NAACP prepared another case to try to force the university to admit Gaines. But Gaines soon disappeared. After attending college in Michigan from 1936 to 1938 and working for that state’s Civil Service Department, he returned to St. Louis in early 1939. After his Supreme Court victory, he became a minor celebrity and gave several public speeches, but he was in constant debt and financial trouble. Gaines eventually sought work in Chicago. There he visited an old girlfriend and stayed at a fraternity house, where he was last seen sometime in March. He left behind a bag of belongings, but no clues concerning his whereabouts. In a letter to his mother written just before his disappearance, Gaines had expressed frustration with how the lawsuit had affected his life. Since he was not in regular contact with his family or lawyers, it was not until October that he was truly considered missing. Due to his absence, his case seeking admittance to the University of Missouri was dropped.

There are many unproven theories about what happened to Lloyd Gaines—from foul play by white supremacists or people to whom he owed money, to being bribed to leave Missouri, to simply getting tired and giving up. One of his former professors at Lincoln University claimed Gaines had relocated to Mexico and that he had spoken to him over the phone. While his fate is unknown, it is known that Lloyd Gaines’s case inspired other African Americans, including Lucile Bluford, to seek admittance into “white only” state universities. Missouri ex rel. Gaines v. Canada was cited in Brown v. Board of Education, which outlawed legal segregation in educational facilities in 1954. It was also instrumental in the eventual integration of the University of Missouri in 1950. To honor his struggle for civil rights, the university renamed its Gaines/Oldham Black Culture Center after him in 2000, and the MU School of Law awarded Gaines an honorary law degree in 2006. 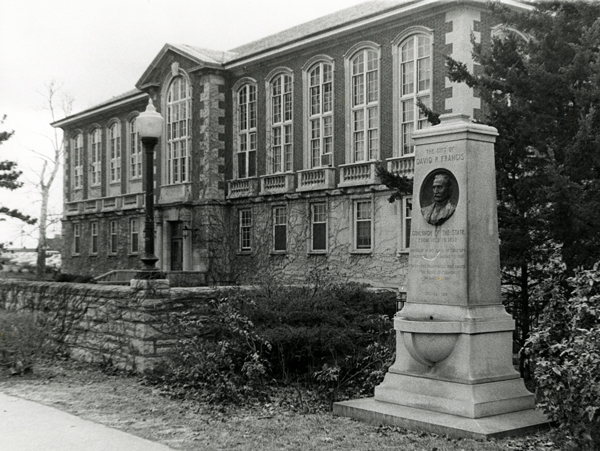 For more information about Lloyd Gaines’s life and career, see the following resources:

The following is a selected list of books, articles, and manuscripts about Lloyd Gaines in the research centers of The State Historical Society of Missouri. The Society’s call numbers follow the citations in brackets.