Lucy Wortham James was a philanthropist who preserved Maramec Spring, one of Missouri’s most beautiful natural features, and sought to better the lives of her fellow Missourians through philanthropy.

James was born on September 13, 1880, to Thomas and Octavia Ann Bowles James in St. James, Missouri. She was a descendant of the family that established Maramec Iron Works in 1826. William James, her grandfather, was the last to manufacture iron at Maramec. Although the ironworks went bankrupt before Lucy’s birth, she lived in St. James as a child.

Lucy later spent summers at Maramec Spring in the company of her grandmother, Lucy Ann Dun James, and developed a lifelong fondness for the scenic and historic site. Lucy’s grandmother was the sister of Robert G. Dun, owner of the mercantile reporting agency that bore his name.

Dun supported his sister’s family following William James’s bankruptcy in 1878. His grandniece, Lucy, was a favorite and lived part of the time in New York with Dun and his wife. Through Dun’s assistance Lucy attended schools in Kansas City and New York and traveled to Europe to study music in Vienna, Austria. 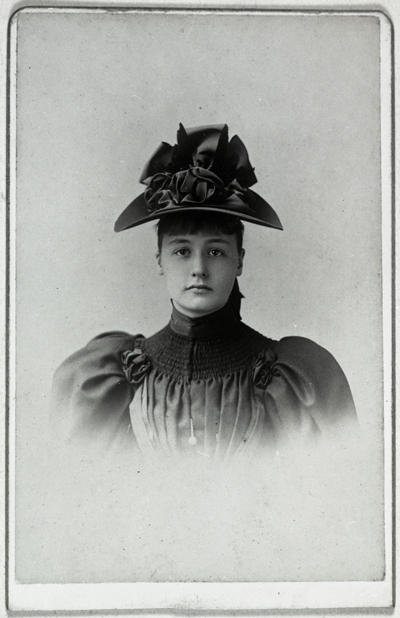 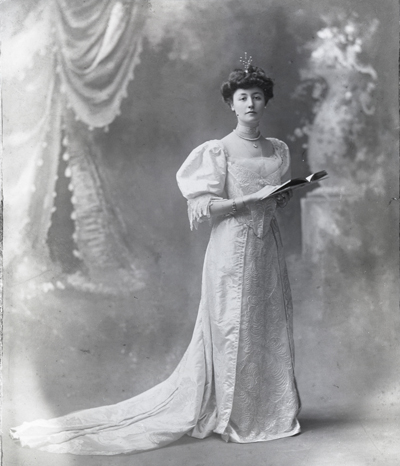 In 1903 she married diplomat Huntington Wilson and together they traveled the world. The Wilsons divorced, childless, in 1915, after which Lucy was known as “Mrs. Lucy Wortham James.” She resided in New York City and hobnobbed with sophisticates including society painter John Singer Sargent, who produced a portrait of her in 1922.

Upon her father’s death in 1912, James inherited a portion of the sizable estate of Robert G. Dun in the form of shares of R.G. Dun & Company. She later became the largest stockholder of the reorganized firm, Dun & Bradstreet, Inc.

Although she was not among the ultra-rich, James’s income was enough to maintain a New York apartment, own a seaside home in Newport, Rhode Island, and enjoy long vacations at St. James and Maramec Spring. She also pursued various philanthropic interests. In Missouri, her philanthropic assistance extended to Trinity Episcopal Church, the Masonic Cemetery, and the public library in St. James.

After her father’s estate was settled, Lucy began buying land in Phelps County at the site of the former Maramec Iron Works. Ultimately she bought over thirteen hundred acres and fended off proposals to run a state highway and power transmission lines through the spring basin.  When her income plummeted in the early years of the Great Depression, James spent some years in residence in St. James and at Maramec Spring. At that time, she began planning for the conservation and perpetual public use of the historic property and deposited the first funds in what became the Lucy Wortham James Memorial.

James’s health had never been robust. In 1929 she underwent surgery from which she never fully recovered. With advice from her friend and counselor, William H. Greenough, she began estate planning in 1930. That impulse led her to the New York Community Trust and eventual establishment of the Lucy Wortham James Memorial.

When she died in New York City on January 20, 1938, Lucy Wortham James left an estate worth nearly two million dollars. Adjusted for inflation, her estate would be worth just over thirty-three million dollars in 2015. Her will left the bulk of the estate to the New York Community Trust to further her philanthropic interests, the first of which were the preservation of Maramec Spring as a private park open to the public and civic improvements in St. James.

Encompassing over eighteen hundred acres, the park opened to the public in 1947. It was an instant success, and the foundation’s development of the park received the greatest funding by the trust for almost two decades. The park is a very popular destination for trout fishing enthusiasts. 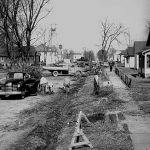 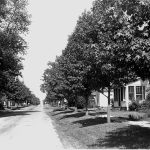 In St. James during the same period, the foundation built the James Memorial Library in 1952, acquired fifty-six acres for a public park that opened in 1965, and built a swimming pool and fishing lake in 1966–1971. Other civic endeavors at St. James funded by the foundation included construction of a new city hall and extensive beautification projects that earned St. James the nickname “Forest City of the Ozarks.” There were also small grants to the Phelps County Memorial Hospital, the Boy Scouts, civic groups, schools, and Trinity Episcopal Church.

In recent years the foundation has reduced its activity in St. James, ending its funding and administration of the James Memorial Library, park, and swimming pool in 2013. 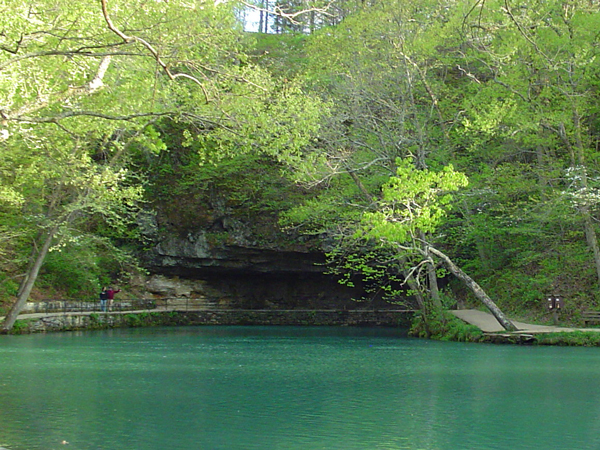 Lucy Wortham James was a thoughtful and generous woman whose thinking represented a dynamic mix of Gilded Age and Progressive Era notions. Above all, they show her devotion to Maramec Spring and desire to see that her wealth would serve the public good.

The following is a selected list of books, articles, and manuscripts about Lucy Wortham James in the research centers of The State Historical Society of Missouri. The Society’s call numbers follow the citations in brackets.