Satchel Paige was a famous African American baseball pitcher who helped break down racial barriers in professional sports. His incredible speed, skill, and showmanship made him a national baseball hero. He pitched in the Negro Leagues before joining the major leagues in 1948. In 1971 Paige became the first player from the Negro Leagues elected to the National Baseball Hall of Fame.

Leroy “Satchel” Paige was born July 7, 1906, in Mobile, Alabama. He was the seventh child of twelve born to John and Lula Coleman Paige. Satchel’s father was a gardner and his mother worked as a domestic servant. Because John Paige was often unemployed, the family lived in poverty. In his autobiography, Paige remembered, “We played in the dirt because we didn’t have toys. We threw rocks. There wasn’t anything else to throw.”

As Satchel grew older, he helped support his family. He collected empty bottles for resale, delivered ice, and worked as a baggage porter at Mobile’s Louisville & Nashville’s rail depot. 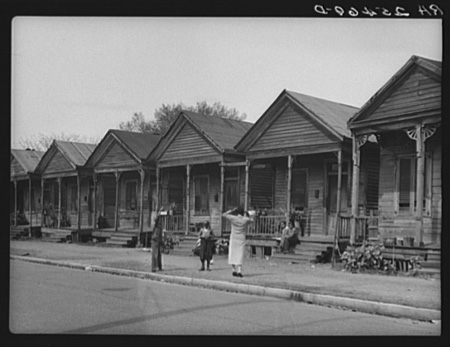 On one occasion when Satchel was loaded down with bags, another porter told him, “You look like a walking satchel tree.” It was then, Satchel later recalled, “LeRoy Paige became no more and Satchel Paige took over.”

Satchel rarely attended school. Instead, he skipped class to play baseball and fish in Mobile Bay. Satchel soon developed a reputation as the best school-age pitcher in Mobile’s black section, but he could not stay out of trouble. 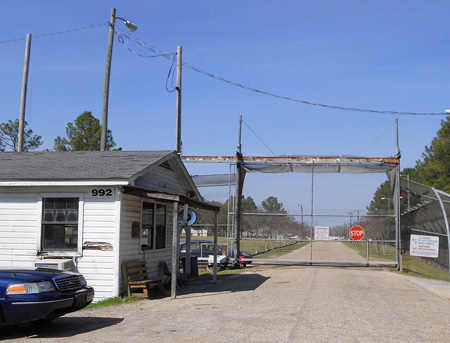 In 1918 twelve-year-old Satchel was convicted of shoplifting and was sentenced to five years in the Alabama Reform School for Juvenile Negro Lawbreakers. Satchel attended class, worked on the school farm, joined the school choir, and became a member of the drum and bugle corps.

He honed his skills as a baseball player under the direction of Coach Edward Byrd. Coach Byrd showed Satchel how to use his physical skill and strength to become a powerful and proficient right-handed pitcher. Most importantly, Byrd taught Satchel that he could not depend on his physical talent alone—he would also have to outwit his opponents. By studying a batter’s stance, the placement of his feet, and the position of his bat, Satchel could determine the player’s weaknesses at the plate.

Satchel was paroled on December 31, 1923, with “an excellent record.” He later said, “Those five and a half years there did something for me—they made a man out of me. If I’d been left on the streets of Mobile to wander with those kids I’d been running around with, I’d of ended up as a big bum, a crook. You might say I traded five years of freedom to learn how to pitch.”

After baseball became segregated in 1889, blacks were prohibited from playing in the major leagues. In response, black baseball players formed their own semi-professional and professional baseball leagues that were collectively referred to as the “Negro Leagues.”

Paige returned home and joined the black semi-professional Mobile Tigers. It was then, he said, “I gave up kid’s baseball—baseball just for fun—and started baseball as a career.” At six foot three inches tall, the lanky right-handed pitcher quickly developed a reputation as a formidable opponent. 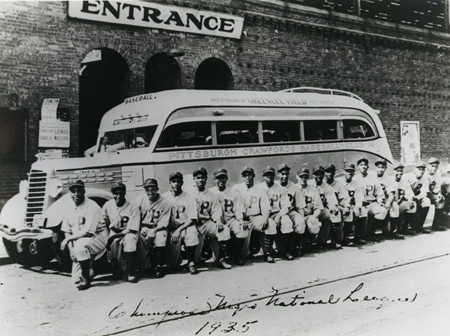 In 1924, playing for the Tigers, Paige won an estimated thirty games with only one loss. In 1926 he joined the professional Chattanooga Black Lookouts for two successful seasons. Paige then spent the next several years going from team to team in search of a more lucrative paycheck. 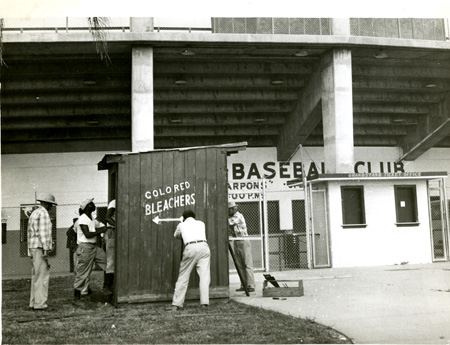 When not playing with a team, Paige and other black players formed freelance barnstorming teams that toured the country playing other teams in exhibition games to make extra money. Paige spent long hours on the road and rarely saw his wife when barnstorming across the country. Life on the road was not easy for black players and they regularly endured racist taunts from spectators. Due to segregation, they were not allowed to stay at hotels where whites lodged or dine at restaurants used by whites. Paige refused to play in towns where he could not get a hotel room or a meal.

Despite the prevailing racism of the era, Paige attracted white spectators with his dazzling pitching skills. He could throw a variety of pitches with accuracy and speed that few could match. He gave his pitches colorful names such as “jump ball, bee ball, screw ball, woobly ball, whipsy-dipsy-do, a hurry-up ball, a nothin’ ball, and a bat dodger.”

Paige used his arsenal of different pitches to confuse batters. He might sidearm the ball across the plate, follow with a fastball, and then throw his signature “hesitation pitch” in which he would hesitate during his wind-up, often messing up the batter’s timing. 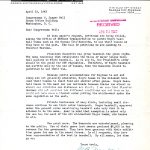 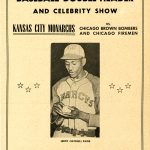 In 1938, while playing baseball in Mexico, Paige injured his pitching arm. At the age of thirty-two, he feared his career was over. J.L. Wilkinson, owner of the Kansas City Monarchs, signed Paige to play first base for his second-string team, the Kansas City Travelers. Although many believed his days on the pitcher’s mound were finished, Paige miraculously recovered the following year, and joined the Kansas City Monarchs.

In 1947, Jackie Robinson became the first African American to play major league baseball in the twentieth century. In his autobiography, Paige declared, “I’d been the guy who’d started all that big talk about letting us in the big time. I’d been the one who’d opened up the major league parks to colored teams. I’d been the one who the white boys wanted to barnstorm against…It still was me that ought to have been first.” Paige, at age forty-one, was viewed by many to be too old to play in the major leagues. 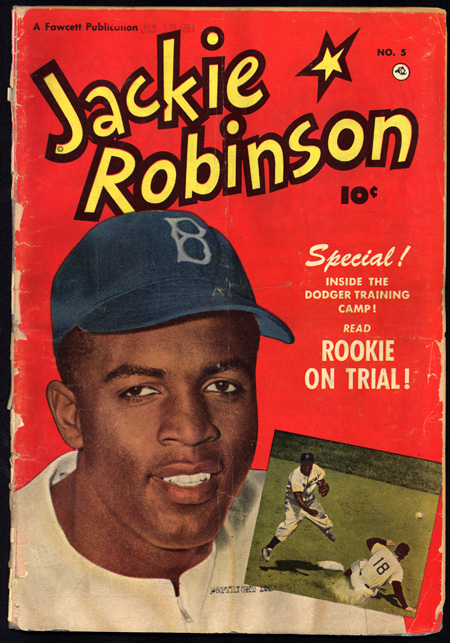 The National Baseball Hall of Fame 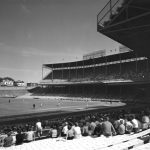 Paige stayed with the Indians for one more season and then played for the St. Louis Browns for three years. He played his final season in the major leagues in 1965 with the Kansas City Athletics. In order to qualify for his Major League Baseball pension, Paige briefly joined the Atlanta Braves in 1968 as a pitching coach.

In 1971 Paige became the first player from the Negro Leagues elected to the National Baseball Hall of Fame in Cooperstown, New York.

Because much of his forty-three year career was spent in the Negro Leagues where record keeping was spotty, it is difficult to document Satchel Paige’s lifetime career statistics. It is clear, however, that Paige won the respect of his peers—both white and black—during his time in baseball. Today he is widely recognized as one of the greatest pitchers in baseball history.

Paige’s showmanship, athleticism, and personality attracted both white and black audiences. He proved that black athletes could compete with and beat their white counterparts, helping pave the way for fellow African Americans to join Major League Baseball. 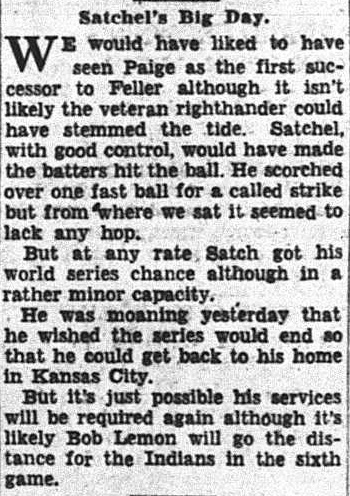 For more information about Satchel Paige’s life and career, see the following resources:

The following is a selected list of books, articles, and manuscripts about Satchel Paige in the research centers of The State Historical Society of Missouri. The Society’s call numbers follow the citations in brackets.