Don Faurot was a nationally recognized football coach who advanced the sport and built an enduring athletic legacy at the University of Missouri.

Donald Burrows Faurot was born in Mountain Grove, Missouri, on June 23, 1902, to Frederick Winslow Faurot and Charlotte Burrows. He was the oldest of four sons and the second of eight children. Faurot spent most of his childhood in Mountain Grove, where his father was director of the Missouri State Fruit Experiment Station, but he also lived in St. Joseph and Columbia, Missouri. During his short time in Columbia, Faurot came to love the University of Missouri. He would sneak into Rollins Field as a ten-year-old to watch the MU Tigers football team play. 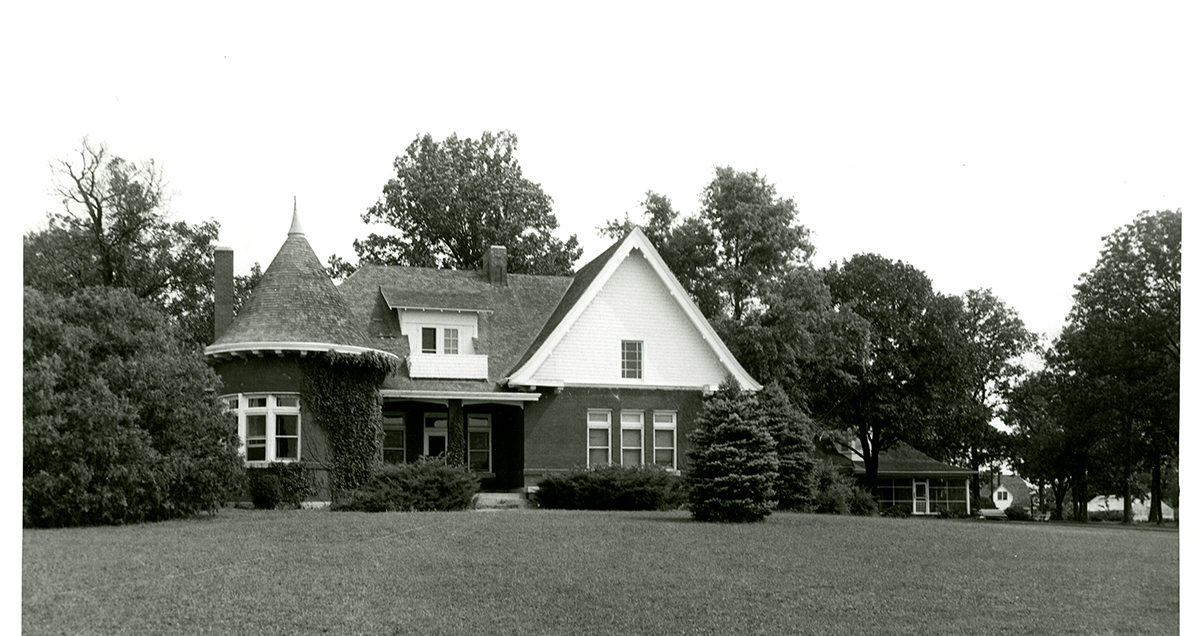 Don grew up in an athletic environment. His father played college football at the University of Nebraska and Iowa State University. Frederick Faurot gave his passion for sports to all his children. According to Don, his father “provided [them] with big boxes of footballs, basketballs, built a high jump and pole vault pit, put a basketball goal up on tree, [a] kicking field and goal to kick at, a baseball batting cage, and a tennis court.” The Faurot family also had a 120-yard running track on their land.

Summer days for Don often ended with some form of sports play after working on his father’s orchard. He would organize neighborhood baseball and football games at the playing fields his family had made. His brother Fred, who also became a football player and coach, remembered, “Don was usually the quarterback from beginning to end” in their pickup football games. Although Faurot lost two of his right fingers at the age of nine in a farming accident, he continued to succeed in the sports he played.

After graduating from high school in Mountain Grove in 1920, Faurot majored in agriculture at the University of Missouri. He was active in student organizations, becoming a member of the Men’s Pan-Hellenic Council, the FarmHouse Professional Fraternity, and the “M” Men’s Club. 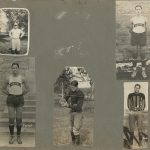 Although he had played sports since childhood, Faurot did not participate in MU sports until his sophomore year due to his small size. By 1922 he had increased his weight and began playing basketball for MU, becoming captain his senior year. In 1923 he also played centerfield for MU’s baseball team and earned his position on the varsity football team as a punter and halfback. During his first football season, Faurot started all but one game.

By his senior year, Faurot started every football game for a team that lost just one game and won the conference championship. He lettered in three sports—basketball, baseball, and football—and also participated in MU’s track and field events. In 1924 he was named “one of Missouri’s most versatile athletes” in MU’s yearbook, Savitar.

Faurot graduated from the University of Missouri in 1925, but since he had another year of football eligibility, he remained at MU and played his final season of football. Faurot also took courses in physical education, which he believed would help him reach his goal of becoming a coach.

In 1927 Faurot earned his master’s degree in agriculture at MU. That same year he married Mary Davidson. The couple later had four children together.

Immediately after completing his bachelor’s degree, Faurot began his coaching career. He was hired to be the freshman coach for men’s basketball, baseball, and football in 1925 at the University of Missouri. Faurot realized he was “in demand as a coach because [he] could coach all the sports.”

A year later, Faurot left MU to coach football, basketball, baseball, and track at Northeast Missouri State Teachers College (now Truman State University) in Kirksville, Missouri. He also served as the school’s athletic director. At this time in college athletics, one person often coached several teams, and Faurot’s experience in many sports contributed to his appeal. 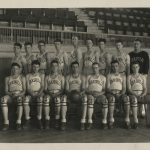 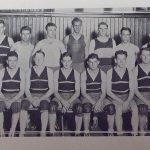 It was Faurot’s talent for coaching football, however, that stood out. He built an impressive football program during his nine years at Northeast Missouri State. The school never had a losing season, with an overall record of 63 wins, 13 losses, and 3 ties. His 1931 and 1934 teams were undefeated, and at one point they had a 26-game winning streak. Faurot’s football teams won the Mid-America Intercollegiate Athletics Association conference in seven of his nine seasons: 1927, 1928, 1929, 1930, 1932, 1933, and 1934. Faurot’s record at Kirksville remains the best for any football coach at the school before or since his time. His success at Kirksville earned him a position as head football coach at the University of Missouri beginning in 1935.

Faurot in the Navy

When the United States entered World War II in 1941, Faurot intended to remain a civilian coaching football at MU. But after his brother, US Army Air Corps Captain Robert Faurot, a fighter pilot, was shot down in March 1943, Faurot enlisted in the Naval Reserves.

He first reported to the University of Iowa in 1943 as the head coach for the Seahawks, the football team for the US Navy pre-flight school. The following year he was the physical trainer for pilots at Monmouth College in Illinois. Faurot was then sent to Jacksonville, Florida, where he coached the Naval Air Station football team in 1944. He returned to MU in 1946. 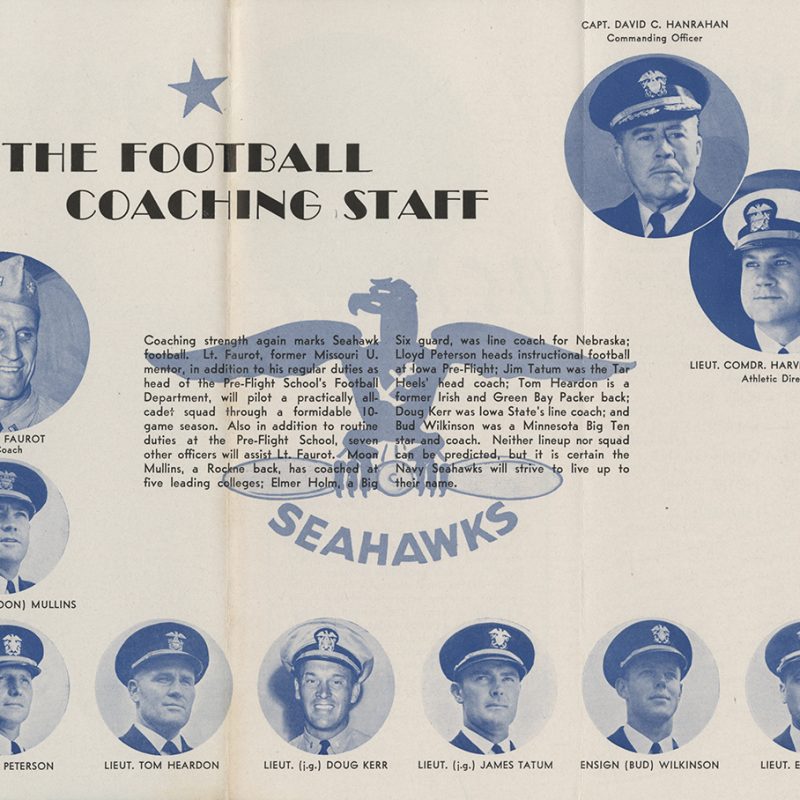 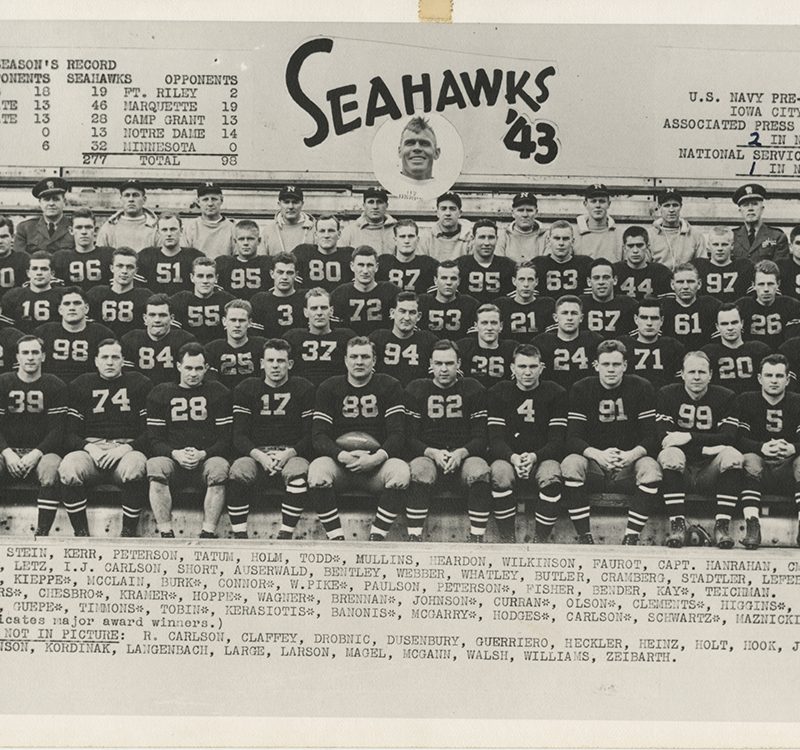 Faurot built a football legacy for the Missouri Tigers during his thirty years as MU’s head football coach (1935–1956) and athletic director (1945–1967). When he arrived for his first season in 1935, the university was known as a football coaches’ graveyard. In its first forty-five years, the university’s football team had switched coaches a whopping twenty-one times. Even worse, the Tigers had only won two games in the three seasons before Faurot arrived.

Faurot viewed this as a challenge. He rose to the occasion, claiming a 6-2-1 record in just his second season, with a notable victory over the powerful Oklahoma Sooners in 1936.

Three years later, Faurot brought the Missouri football team to new heights when they won their first Big Six Conference championship. The Tigers won the conference again in 1941 and 1942. They also played in their first bowl game, facing Georgia Tech in the Orange Bowl on New Year’s Day, 1940. Faurot’s 1941 team played in the Sugar Bowl, and his 1948 and 1949 teams played in the Gator Bowl, although they lost each of those games. Nevertheless, the Tigers had winning seasons every year that Faurot coached them between 1938 and 1949. In his nineteen seasons as MU’s football coach, he held an overall record of 101-79-10. 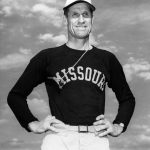 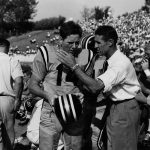 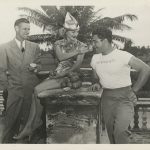 Faurot’s success and reputation as MU’s head football coach helped the school’s athletic department succeed financially. When he took the position in 1935, the university had over $500,000 of debt in mortgages on the stadium and fieldhouse with only a 26,000-seat stadium. After Faurot became the full-time athletic director in 1956, he retired the $500,000 debt while raising funds for new gymnasium facilities and a 41,000-seat stadium.

Part of Faurot’s success was due to his Missouri recruiting method, which created a loyal fanbase in the local community. Throughout Faurot’s coaching career he only recruited Missouri athletes, as he believed recruiting from afar alienated the school’s fans and alumni. Faurot’s recruiting method reflected his philosophy of making good citizens out of his players and gained respect from his fellow Missourians. Faurot’s recruiting method, however, did not include all Missouri boys as the team was not integrated until the year after his retirement in 1957 when Frank Broyles became head coach of the MU Tigers.” 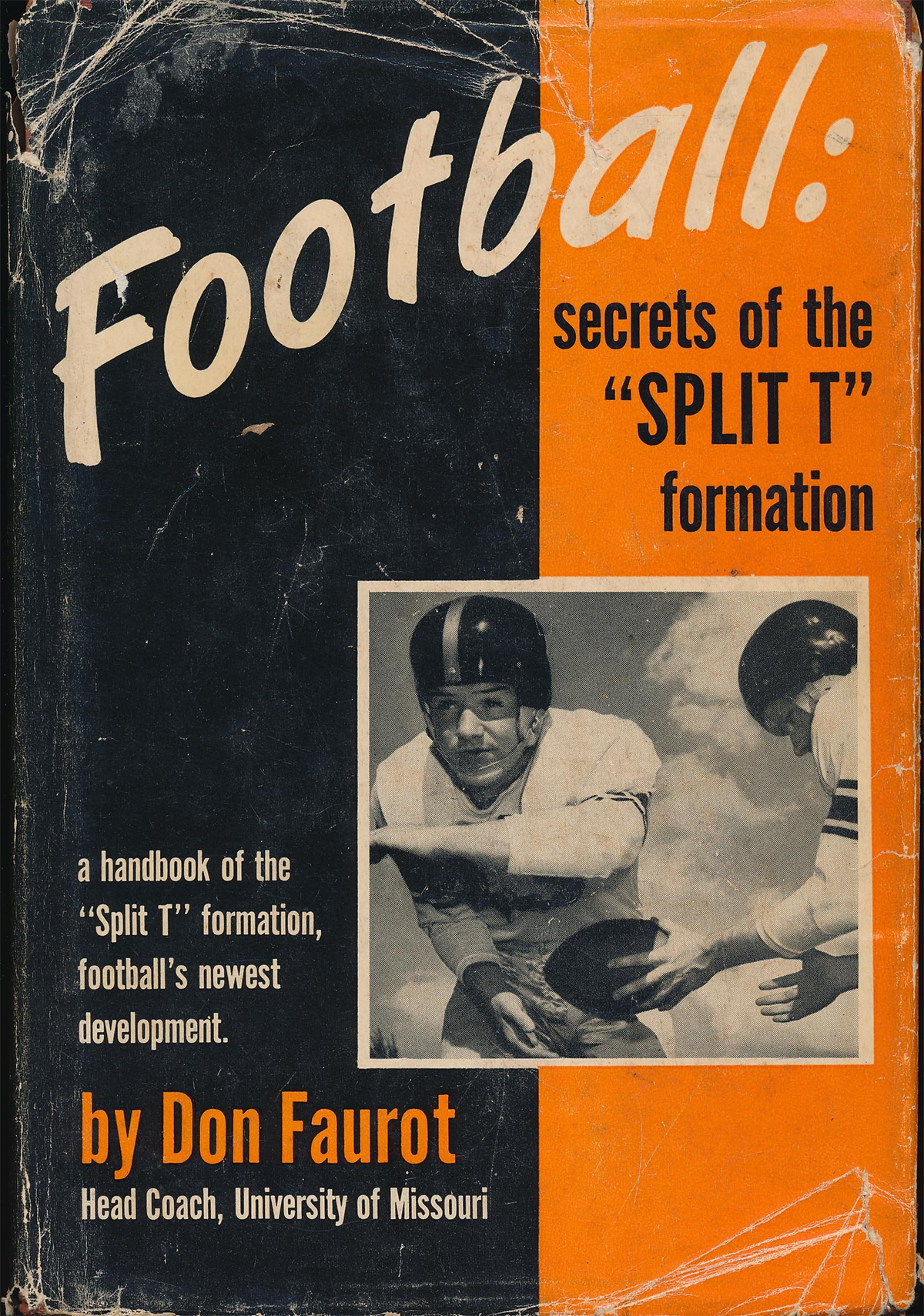 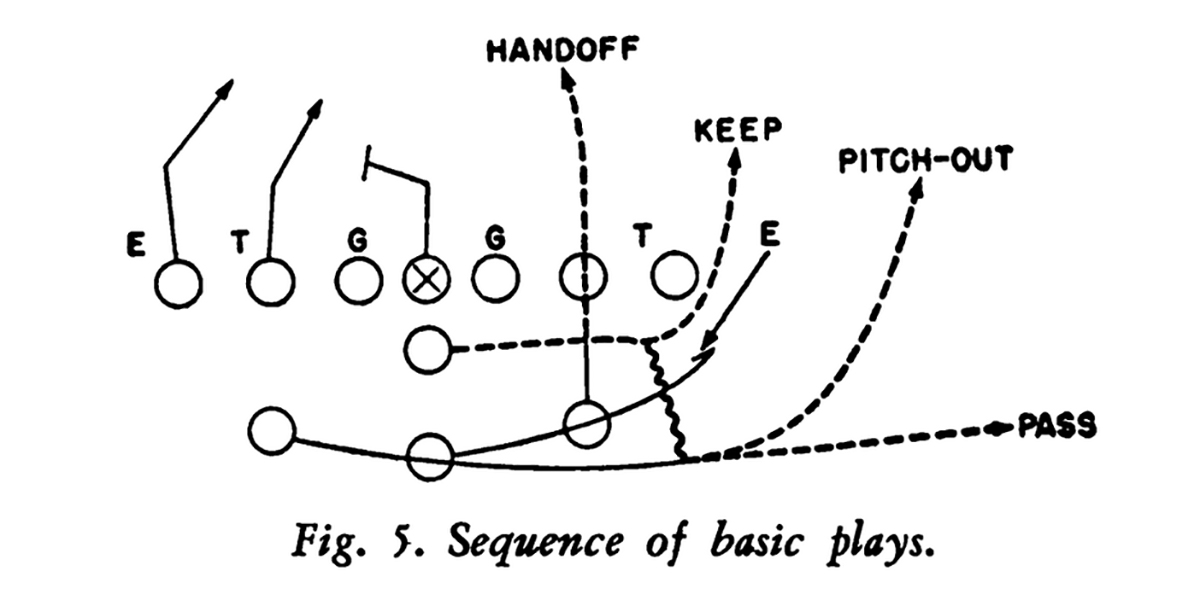 The Split-T formation is based on the T formation used in professional football. Instead of relying only on passing to a running back, which was typical of college football offense at the time, the Split-T formation gives the quarterback the option to either pass or act as a third running back with a quick breakout play. The quarterback runs or slides along the line of scrimmage before either giving the ball to a halfback or keeping it himself. These plays were inspired by Faurot’s observations of 2-on-1 fast breaks in basketball, where two players with the ball forced one defender to commit to stopping one of them, leaving the other unguarded.

In 1967, after Faurot’s mandatory retirement as athletic director at age sixty-five, he joined the University of Missouri’s Alumni Office. He worked part-time handling special alumni events, such as organizing class reunions, homecoming, and speaking to Missouri alumni clubs. In 1972, Faurot officially retired from the university. His love for football, however, stayed with him for the rest of his life: he continued to attend every Mizzou football practice and held an office in the athletic department.

Faurot continued to live in Columbia with his wife, Mary, after he retired. He spent time with his children and grandchildren and often went golfing and fishing. Faurot died of natural causes on October 19, 1995. 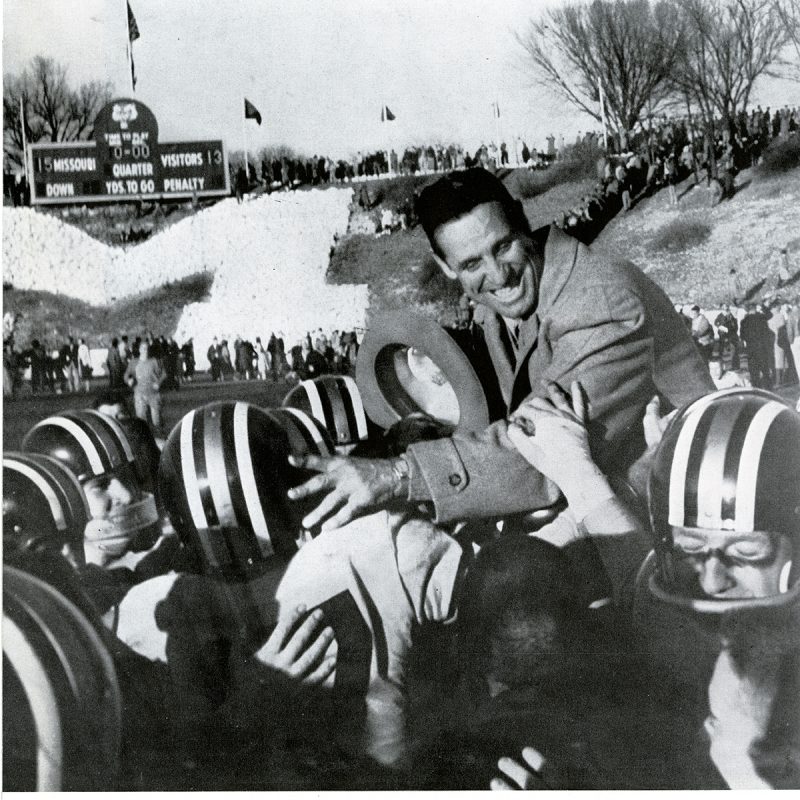 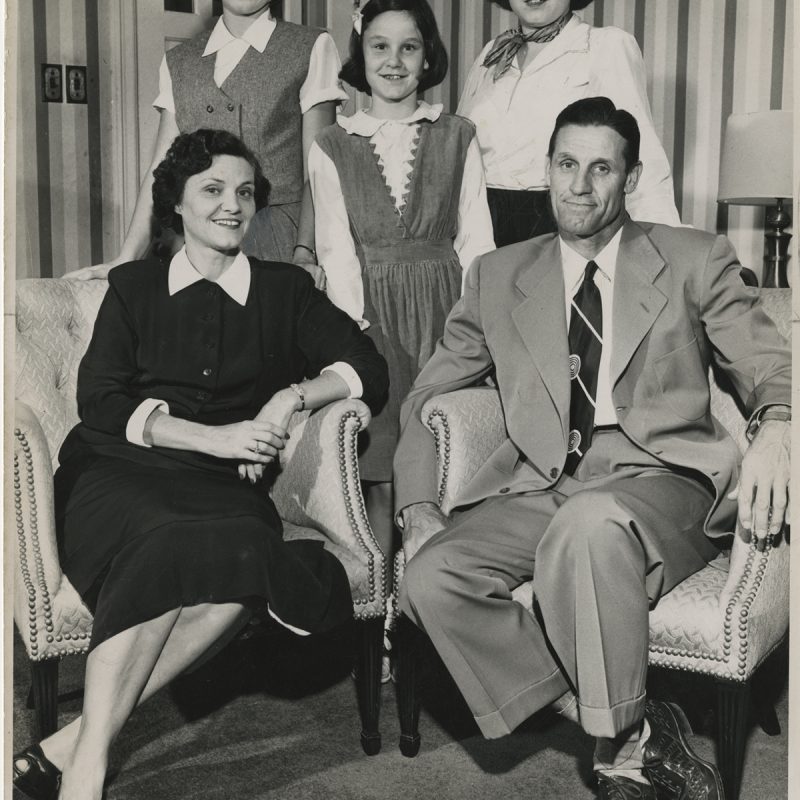 Faurot’s reputation brought him recognition during his life as well as after his death. He was inducted into the Missouri Sports Hall of Fame in 1953, the National Football Hall of Fame in 1961, and the Intercollegiate Athletics Hall of Fame in 1990. In 1972, the University of Missouri renamed its football field after him. A sculpture honoring him was placed at the north gate to Faurot Field in 1999. 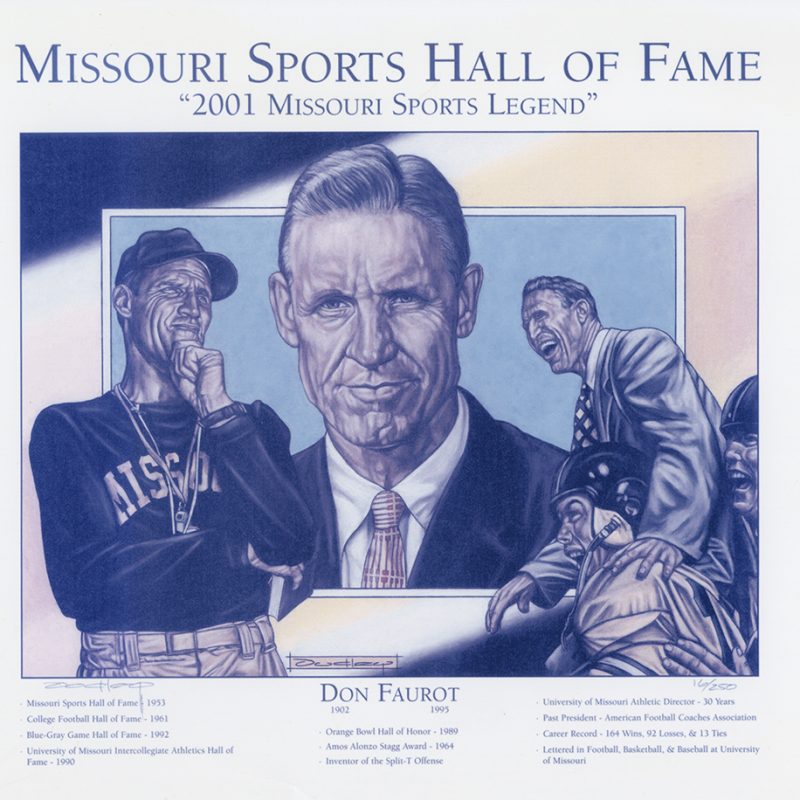 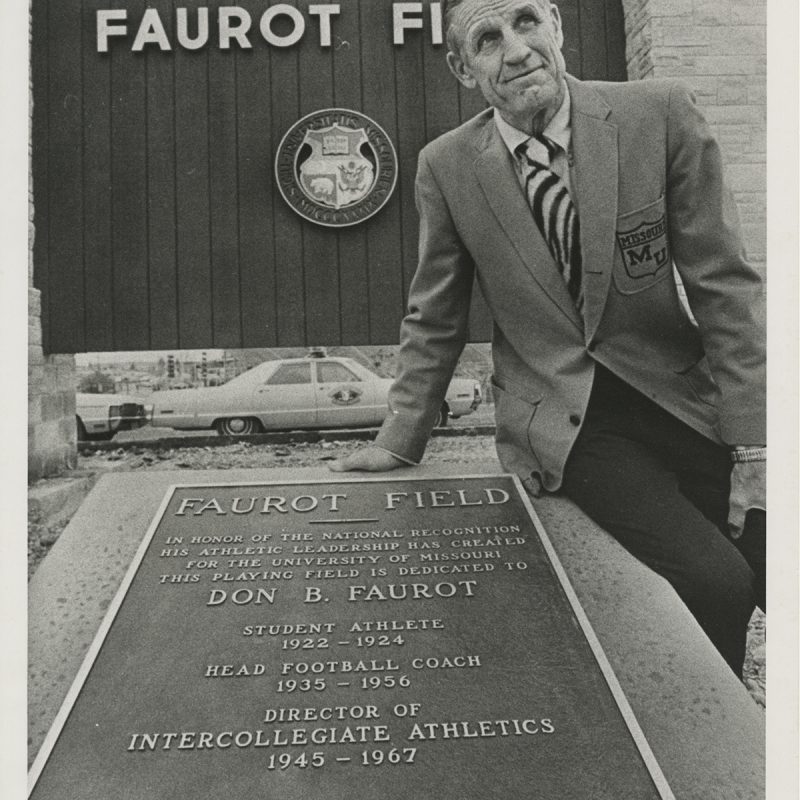 For more information about Don Faurot’s life and career, see the following resources:

The following is a selected list of books, articles, and manuscripts about Don Faurot in the research centers of The State Historical Society of Missouri. The Society’s call numbers follow the citations in brackets.