Nell Donnelly Reed was a prominent women’s clothing manufacturer and entrepreneur who influenced women’s fashion through her sophisticated and popular designs.

Born Ellen Quinlan on March 6, 1889, in Parsons, Kansas, she was the twelfth of thirteen children. Her father, John Quinlan, was an Irish immigrant who worked for the Missouri-Kansas-Texas Railroad (MKT). Nell, as she was commonly known, learned to sew at an early age. She mended clothes for her family and created dresses for her dolls.

After graduating from Parsons High School, Nell moved to Kansas City. There she met and married Paul Donnelly. At a time when most women stayed home and did not go to college, Paul supported Nell’s desire to pursue her education. In 1909, Nell graduated from Lindenwood College in St. Charles, Missouri, and returned to Kansas City.

In 1916, unhappy with the shapeless and unflattering dresses of the time, Nell began making her own dresses. Her flattering, innovative style caught the attention of other women. Sensing a demand for stylish, inexpensive women’s clothing, Nell arranged to sell her dresses at the George B. Peck Dry Goods Company in Kansas City. Although Nell’s dresses cost one dollar when the average dress cost 69 cents, they quickly sold out.

Three years later, Nell established the Donnelly Garment Company which produced affordable housedresses and aprons. By 1931 the company employed over 1,000 workers and had sales of $3.5 million dollars. 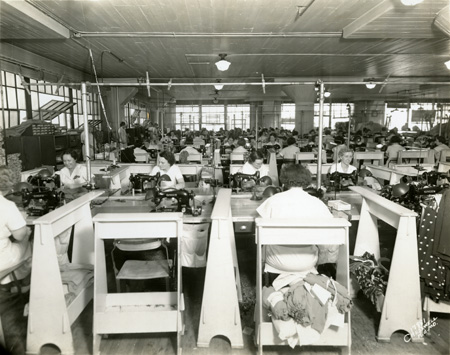 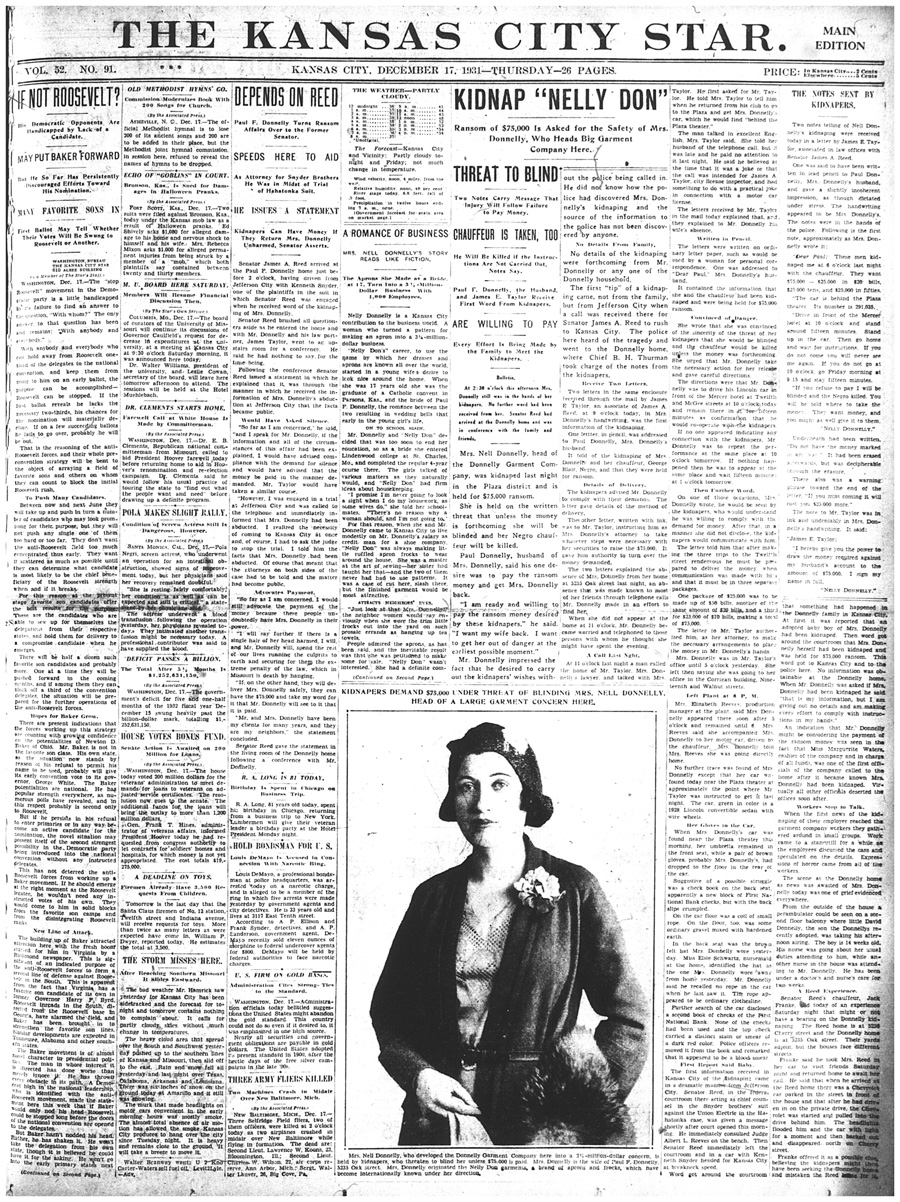 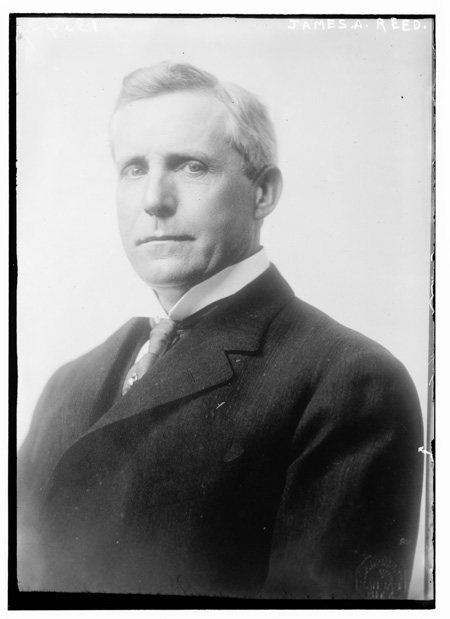 Nell’s financial success came at a price. On the evening of December 16, 1931, Nell and her chauffeur, George Blair, were kidnapped by three men who demanded a $75,000 ransom. Family friend and former U.S. Senator James A. Reed took charge of the search for Nell. He allegedly asked Johnny Lazia, a notorious Kansas City organized crime figure, for assistance in locating the missing businesswoman.

Through the efforts of Reed, Lazia, and the Kansas City Police Department, Nell and her chauffeur were released after being held captive for thirty-four hours. No ransom had been paid. The kidnappers fled, but were later captured, tried, and convicted.

A year later, Nell divorced Paul Donnelly, and purchased his interest in the Donnelly Garment Company. On December 13, 1933, she married James A. Reed. The couple had one child, David Q. Reed.

The company survived the Great Depression due to Nell’s business acumen, her commitment to producing fashionable, reasonably priced clothing for women, and her loyalty to her employees. She provided an employee pension plan, established an on-site medical clinic and cafeteria, paid for group hospitalization and life insurance benefits, and provided a recreation center for her employees. Nell even paid tuition for workers who wanted to take night classes at the local college and created a scholarship fund for the children of her employees. 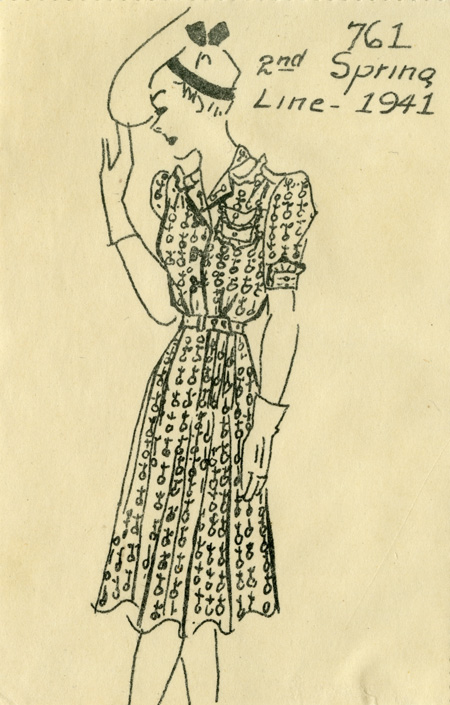 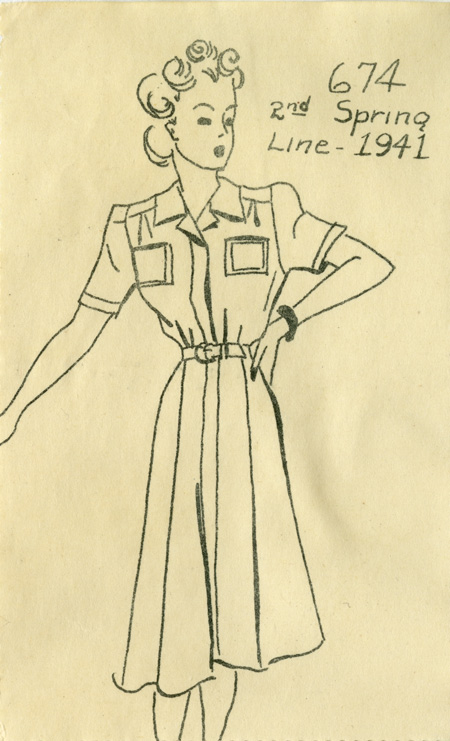 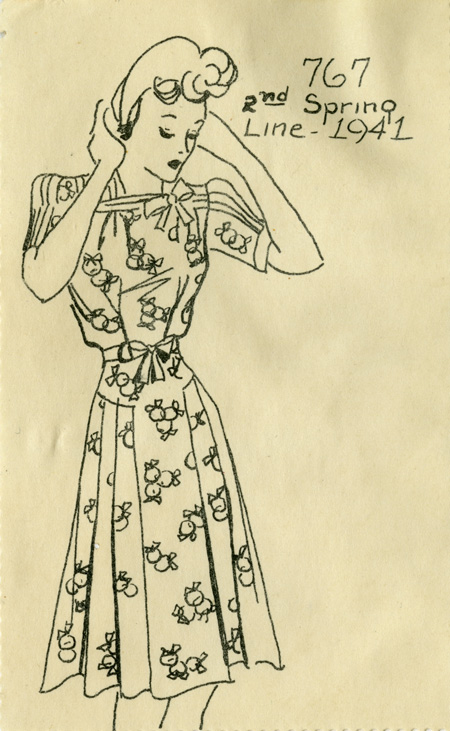 Thus when the International Ladies’ Garment Workers’ Union (ILGWU) attempted to unionize the Donnelly Garment Company in 1937, its effort was rejected by company employees. This sparked a long, drawn out battle between Donnelly and the workers’ union. It was not until 1968, long after Nell Donnelly Reed had retired, that company employees joined the ILGWU.

By 1953 Donnelly Garment Company was the largest dress manufacturer in the world. No longer limited to producing just housedresses and aprons, the company offered a wide variety of tasteful women’s clothing. Nell made an effort to create clothing that every woman could feel attractive and confident in.

Nell, who wore a size 16, often took popular designs for slim women and adapted them for larger figures. The company also produced clothing made of washable fabrics for working women. Her ability to produce both contemporary and traditional fashions made her company popular with women of all ages and social classes. An estimated one in seven women wore Nell’s dresses.

In 1956 Nell sold her interest in the Donnelly Garment Company, and it was subsequently renamed Nelly Don, Inc. The company did not fare well under new ownership, however, and filed for bankruptcy in 1978.

Nell remained active in numerous Kansas City community and civic organizations. An avid outdoorswoman, she donated 731 acres of land to the Missouri Department of Conservation in memory of her late husband. Today the public can enjoy the James A. Reed Memorial Wildlife Area in Jackson County, Missouri. 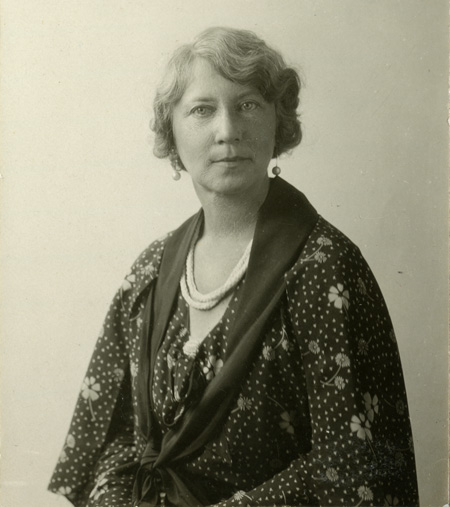 Nell Donnelly Reed died on September 8, 1991, at the age of 102. She helped set the precedent for stylish, affordable women’s clothing and influenced the American clothing industry for decades.

The following is a selected list of books, articles, and manuscripts about Nell Donnelly Reed in the research centers of The State Historical Society of Missouri. The Society’s call numbers follow the citations in brackets.