Alexander W. Doniphan was a prominent lawyer, military leader, and political figure. He is remembered for his refusal to execute Joseph Smith and Smith’s followers during the 1838 Mormon War and his exemplary military leadership during the Mexican War of 1846–1848. Although he was not a professional military commander, Doniphan successfully led his troops on one of the longest marches in military history, contributing to the United States’ victory over Mexico.

Born on July 9, 1808, in Mason County, Kentucky, Alexander was the youngest of ten children born to Joseph and Anne Smith Doniphan. After serving in the Continental Army during the American Revolution, Joseph became a prosperous farmer and served as county sheriff.

In 1813, after Joseph Doniphan’s unexpected death, Alexander was sent to live with his oldest brother, George, in Augusta, Kentucky. Doniphan graduated from Augusta College when he was eighteen and then read law with attorney Martin P. Marshall. He was admitted to the Kentucky bar, but decided to head west in search of greater opportunity. In 1830 he settled in Lexington, Missouri, where he quickly earned a reputation as an eloquent and skilled defense attorney. 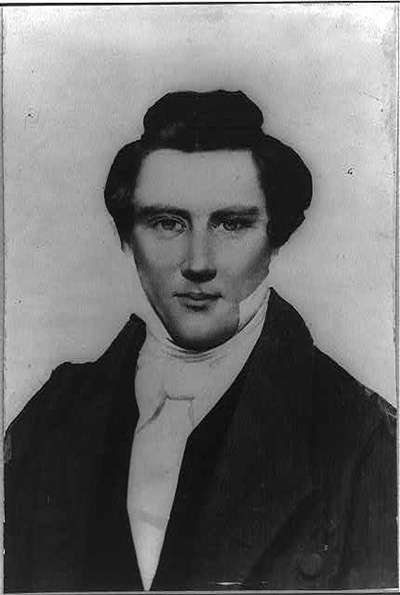 At the same time Doniphan was establishing himself as an attorney and politician, members of the Church of Jesus Christ of Latter-Day Saints (LDS), commonly known as Mormons, were settling in Jackson County, Missouri. Many non-Mormons worried that the Mormons would soon outnumber them and gain a lock on the county’s political offices. This led to tension between the two groups and, ultimately, the expulsion of Mormons from Jackson County. Members of the church hired Doniphan, David Rice Atchison, William T. Wood, and Amos Rees to represent them in court.

Although Doniphan did not share the same religious beliefs as the Mormons, he did believe that they were entitled to the same constitutional rights as other Americans. Doniphan and his fellow attorneys, however, were unsuccessful in their legal efforts on behalf of their Mormon clients.

In 1836 Doniphan was elected to the Missouri House of Representatives as a member of the Whig Party. He was reelected in 1840 and 1854. A sought-after bachelor, Doniphan married Elizabeth Jane Thornton on December 21, 1837, in Liberty, Missouri. The couple had two children, John Thornton Doniphan and Alexander William Doniphan, Jr. Tragically, both sons died before the age of eighteen. 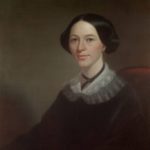 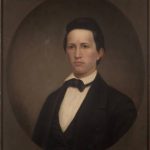 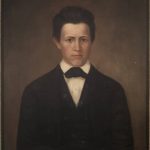 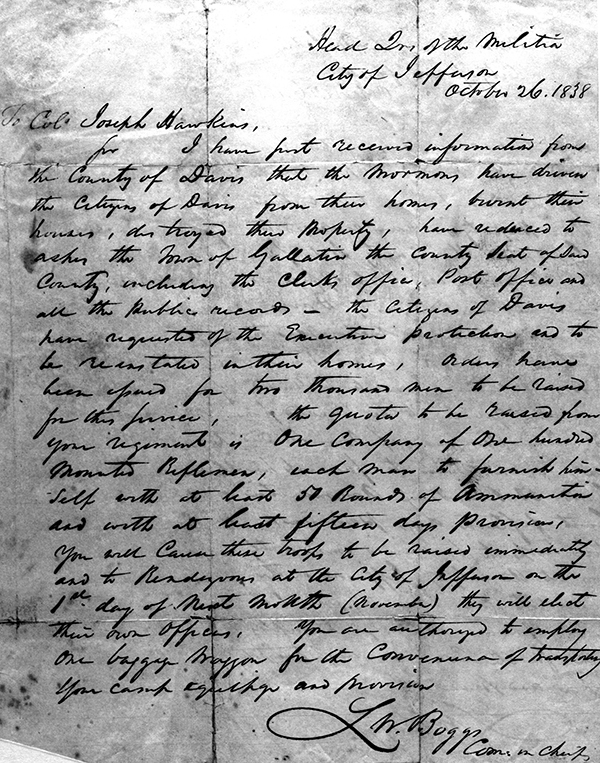 After trouble erupted once more between Mormons and non-Mormons, Missouri Governor Lilburn Boggs called upon the Missouri State Militia to intervene. Doniphan, a brigadier general in the militia, helped negotiate the surrender of Mormon leader Joseph Smith, Jr. and several other members of the group. General Samuel Lucas convened a military court martial and found Smith and his followers guilty of treason. Lucas then ordered Doniphan to execute the men by firing squad.

As a firm believer in the rule of law, Doniphan held that the court martial was illegal because Joseph Smith and his men were civilians and that not all members of the court martial were members of the military. He refused to carry out General Lucas’s command. Doniphan wrote Lucas, “It is cold-blooded murder. I will not obey your order. My brigade shall march for Liberty tomorrow morning, at 8 o’clock; and if you execute these men, I will hold you responsible before an earthly tribunal, so help me God.”

Lucas then placed Joseph Smith and his followers on trial at Richmond, Missouri. Doniphan once again served as the Mormon’s legal counsel. While the men were being transferred on a change of venue to Columbia, all but two of them escaped and left the state. The two remaining men were acquitted.

In 1846 war broke out between the United States and Mexico. Doniphan answered the call for volunteers and enlisted as a private. He was elected colonel by the men of his regiment and placed in command of the First Missouri Mounted Volunteers, part of General Stephen Watts Kearny’s Army of the West.

In June 1846 Doniphan and his men embarked on a two-month march from Fort Leavenworth, Kansas, to Santa Fe, which was then part of Mexico, where Mexican authorities surrendered to American forces. While General Kearny pushed onward to California, Doniphan was ordered to subdue hostile Native Americans in the region, create a new government, and then march to Chihuahua, Mexico.

After completing their first two tasks, the Missourians engaged and defeated Mexican troops at the Battle of El Brazito and the Battle of the Sacramento River with few casualties. After a grueling march through rugged enemy terrain, Doniphan then joined forces with U.S. Army General Zachary Taylor at Buena Vista, Mexico. As the end of their enlistment period drew near, Doniphan and his battle-hardened troops marched to Port Isabel, boarded a steamer to New Orleans, and mustered out at St. Louis. The expedition remains one of the longest and most successful marches in military history. 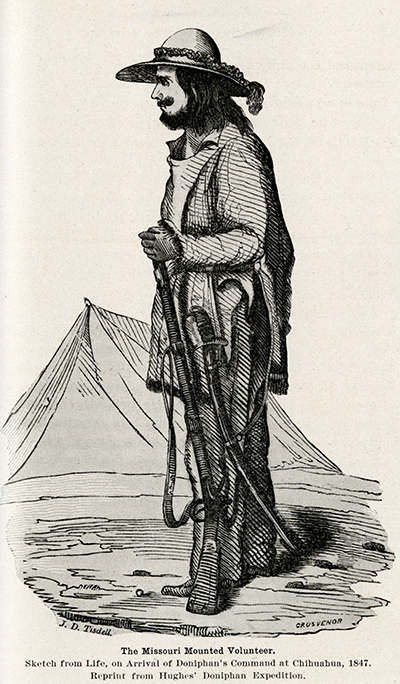 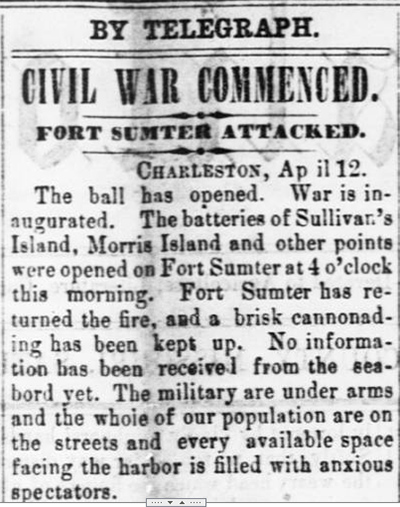 After returning home to Missouri, Doniphan continued to practice law, became a successful businessman, and helped establish William Jewell College in Liberty. He repeatedly turned down opportunities to run for Congress and the governorship, but as a prominent military and political figure in Missouri, he could not escape the coming of the Civil War.

Although a slave owner, Doniphan rejected Southern secession and favored the preservation of the Union. He served as a delegate to the failed Washington Peace Convention and was a participant at the 1861 Missouri Constitutional Convention, where he declared he was “a Union man. I go for the whole Union, the entire Union. I go for it North, South, East, and West. I do not intend to bring about a calamity that will destroy the Border Slave States and the whole Union.” Governor Claiborne Fox Jackson offered Doniphan a commission in the Missouri State Guard, but Doniphan turned it down. He spent the duration of the war as a civilian in St. Louis.

After the end of the Civil War, Doniphan and his wife moved to Richmond, Missouri. After years of poor health, Jane Doniphan died in 1873. Alexander Doniphan continued to practice law and established the Ray County Savings Bank, serving as its president.

Alexander Doniphan died on August 8, 1887, in Richmond. He is buried in Fairview Cemetery in Liberty, Missouri. A life-sized statue of Alexander Doniphan sculpted by fellow Missourian Frederick C. Hibbard is located outside of the Ray County Courthouse in Richmond, Missouri. Doniphan is remembered for his devotion to the rule of law, his belief in fairness, and his influential military and political service. 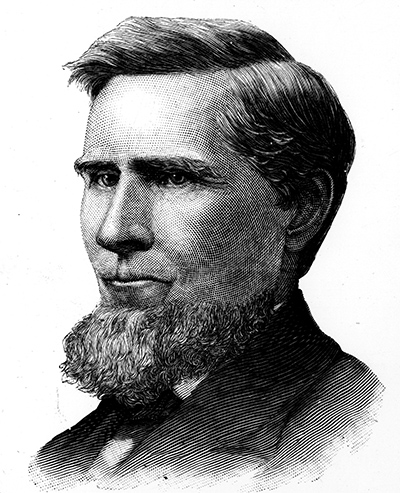 The following is a selected list of books, articles, and manuscripts about Alexander W. Doniphan in the research centers of The State Historical Society of Missouri. The Society’s call numbers follow the citations in brackets.