Ulysses S. Grant was a famous Union general in the American Civil War and served two terms as president of the United States. He was born Hiram Ulysses Grant on April 27, 1822, in Point Pleasant, Ohio, to Jesse and Hannah Simpson Grant. He was always called Ulysses, however, and while at West Point, he was accidentally enrolled as Ulysses Simpson Grant. He was not bothered by the name change and was known as Ulysses S. Grant for the rest of his life.

Grant’s father was a tanner and a businessman. In 1823 the Grants moved to Georgetown, Ohio, and Ulysses obtained his education at private schools. Realizing his son did not want to go into the family business, Grant’s father sent his son to West Point in 1839 at the age of 17.

Grant graduated in 1843 and was assigned to Jefferson Barracks in St. Louis, Missouri, with his roommate Frederick Dent. The Dent family lived outside of St. Louis on a farm called White Haven. It was here that Ulysses met Julia Dent, Frederick’s sister. Grant entered the Mexican War (1846-1848) and, when he returned, he and Julia were married. They had four children together. Tired of military life and being away from his family, Grant resigned from the Army on April 11, 1854.

Grant tried to make a life for himself in St. Louis on a small farm given to him by Julia’s father. He built a cabin for his family that they called “Hardscrabble.” The cabin still exists today. He farmed and worked other odd jobs, but could not make a good living. In 1860 the family moved to Galena, Illinois, so that Grant could work in his father’s leather goods store.

When the Civil War broke out in 1861, Grant was appointed colonel over the 21st Illinois Volunteers and was sent to Missouri. Grant made a name for himself as a military leader and moved quickly up the ranks. He captured Fort Henry and Fort Donelson in Tennessee and beat the Confederates at the Battle of Shiloh in 1862. Grant won at the Battle of Vicksburg in 1863 which gave control of the Mississippi River to the Union, and weakened the Confederacy by effectively splitting it in half. 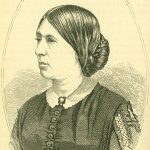 President Abraham Lincoln needed a strong leader to be in charge of all the Union Armies and in March of 1864 he asked Grant to take command as General in chief.

Ulysses S. Grant defeated Confederate General Robert E. Lee in Virginia, forcing Lee to surrender at the Appomattox Court House on April 9, 1865, thereby ending the Civil War. Grant was made a four-star general in 1866 for his courage and ability to lead the Union to victory.

Grant became a national hero for his Civil War service and was elected to the presidency in 1868 and 1872. He did not run his administration as effectively as he ran the army, however, and suffered numerous financial scandals while in office, the most famous being the Whiskey Ring scandal in 1875. Grant was never formally charged with wrongdoing in these controversies.

Upon retiring from office, Grant and his wife traveled through Europe for two years and then he went into business with one of their sons in New York City. Sadly, this business venture ended in bankruptcy. Shortly thereafter, Grant learned that he had throat cancer. In an attempt to provide financially for his family, he sat down to write his memoirs, which he completed one week prior to his death on July 23, 1885, in Mount McGregor, New York.

Grant’s tomb, overlooking the Hudson River in Manhattan, was built in 1897 to honor this great military hero.

The following is a selected list of books, articles, and manuscripts about Ulysses S. Grant in the research centers of The State Historical Society of Missouri. The Society’s call numbers follow the citations in brackets.