Sam and Bud Walton were brothers who became successful retail businessmen. Together they founded Wal-Mart, which began as a small chain of discount stores in the United States, but quickly expanded worldwide. Building upon their early success with Wal-Mart, the Walton brothers founded Sam’s Club, one of the leading discount warehouse clubs in the United States. Sam Walton’s motto was that the customer is always right.

Samuel Moore Walton was born on March 29, 1918, in Kingfisher, Oklahoma. He was the first of two children born to Thomas Gibson Walton and Nancy “Nannie” Lee Lawrence. His brother, James Lawrence “Bud” Walton, was born December 20, 1921, in Kingfisher. Nancy Walton instilled in Sam a sense of ambition that stayed with him for the rest of his life.

Thomas Walton worked as a farm appraiser and mortgage agent. Because of his job, the family moved often. When Sam was five years old, he and his family relocated from Oklahoma to Springfield, Missouri. The family later lived in Marshall, Shelbina, and Columbia, Missouri. 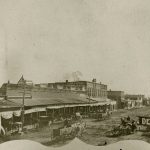 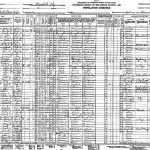 Growing up during the Great Depression, the brothers learned the value of hard work. Sam Walton milked cows on the family farm, sold magazine subscriptions, and delivered newspapers. When he was in the eighth grade, Sam became the youngest Eagle Scout in Missouri history at that time. Bud Walton delivered newspapers, worked as a lifeguard, and did yard work to help the family.

The two brothers attended David H. Hickman High School in Columbia, Missouri, where they quickly made friends. Both boys participated in sports and served in student government. Sam was quarterback of the football team, and Bud played basketball. During his senior year, Sam was elected student body president and named “Most Versatile Boy.” Bud was chosen by his fellow students to be senior class president. When he was not at school, Sam delivered newspapers and worked in a dime store.

After he graduated from high school in 1936, Sam Walton attended the University of Missouri, where he majored in business. To pay for his education, he delivered newspapers, worked as a lifeguard, and waited on tables at the student union. Walton still found time to lead Bible study classes, join a fraternity, and serve as president of a prestigious honor society, QEBH.

After he graduated from the university, Sam Walton received job offers from two of the top retail businesses in America, Sears and J C Penney. He chose J C Penney and began work as a management trainee for $75 a month. He loved working in the retail business and excelled as a salesman. 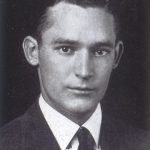 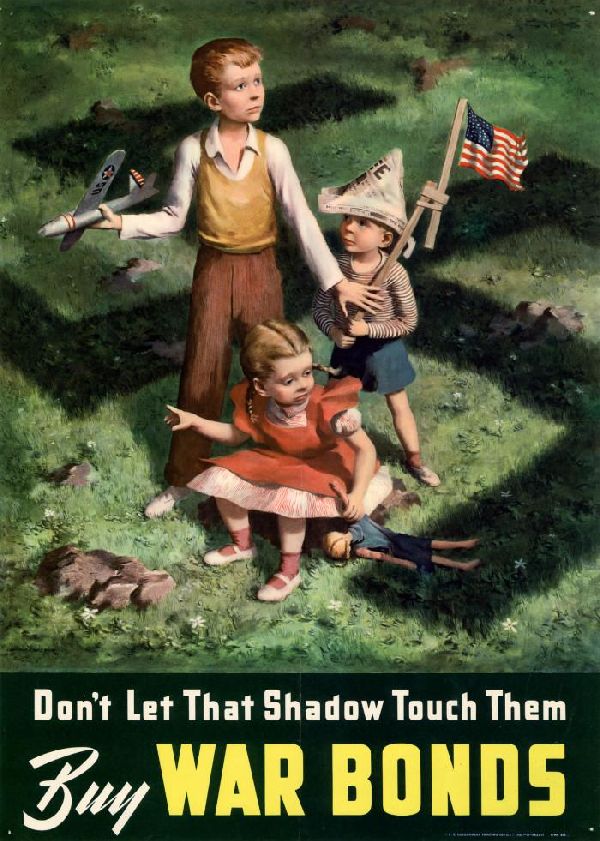 Instead of going to college, Bud Walton attended Wentworth Military Academy in Lexington, Missouri, for two years. In 1941 he volunteered for service in the U.S. Navy as a pilot. While undergoing flight training, Bud met and married his wife, Audrey. Together, the couple had two daughters: Ann and Nancy.

When World War II broke out, Sam volunteered for military service. As a U.S. Army officer, he oversaw security at aircraft and ammunition plants in the United States. While serving in Oklahoma, he met and married Helen Robson. Together they had four children: Rob, Jim, John, and Alice. 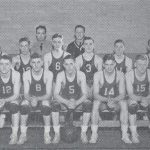 “You Can Learn from Everybody.”

After the war ended, Sam left the army and decided to return to the retail business. He contacted Butler Brothers, a large retail company with two franchise operations, one of which was Ben Franklin variety stores. Butler Brothers offered Sam a Ben Franklin franchise in Newport, Arkansas, for $25,000. He readily accepted, and with financial support from his father-in-law, L.S. Robson, Sam bought the franchise. He was twenty-seven years old. Bud joined his brother after he was discharged from the U.S. Navy in 1945. 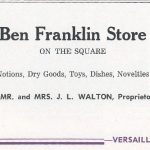 Rather than buying more expensive merchandise from Ben Franklin, Walton began to look for manufacturers that would sell directly to him at a lower price. This saved money and generated higher profits for his store. During this time, Sam said he learned a lesson he never forgot, “You can learn from everybody.” 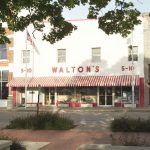 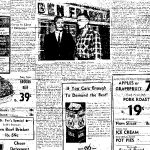 Sam Walton’s store was a success, but when the lease expired, the owner of the building would not renew it. Walton did not let this minor setback dampen his aspirations and quickly found his next opportunity. In 1950 Walton opened his next Butler Brothers franchise store, Walton’s Five and Dime, in Bentonville, Arkansas. He adopted several innovative ideas that helped his business become successful. Emboldened by success, he continued to open more Ben Franklin franchise stores.

One of the most important ideas that Sam adopted was customer self-service. Unlike stores today where customers can browse and pay for merchandise at a central location, in the 1950s, customers had to go to a counter and ask a clerk for assistance. Purchases were then made at the counter. After reading about some Ben Franklin stores that had switched to self-service, Walton decided to try the new concept in his store. It was a success.

Another revolutionary concept Sam Walton adopted was discount merchandising. By purchasing merchandise directly from manufacturers, marking up the price, and selling it in large quantities, he was able to increase his profits. To do so, though, he needed more stores. After failing to convince Butler Brothers and other variety store chains that they should back his new venture in discount retailing, Walton decided to strike out on his own.

Together, Sam and Bud Walton borrowed money to build a new store in Rogers, Arkansas, which they named Wal-Mart. The store opened in 1962. Like Walton’s Five and Dime, Wal-Mart was a self-service discount store that sold clothes, makeup, housewares, appliances, jewelry, and home furnishings. The store flourished.

Within a few years, Sam Walton opened Wal-Mart stores in other small towns across Arkansas and Missouri. Bud Walton was an integral part of Wal-Mart’s success as the chain of stores continued to grow. Two of the company’s key slogans were “We Sell for Less” and “Satisfaction Guaranteed.” Together these two guiding principles helped build Wal-Mart into a nationwide chain. 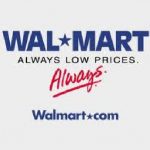 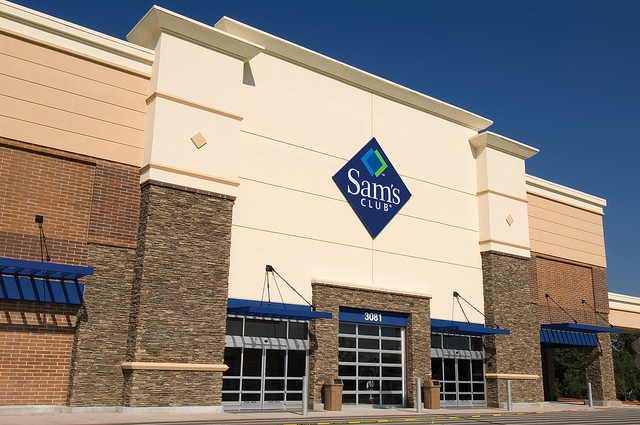 In 1983 the Walton brothers opened up the first Sam’s Club discount warehouse, which specializes in selling merchandise in bulk to both small businesses and individuals.

In 1987 Sam and his wife, Helen, established the Walton Family Foundation, a philanthropic organization. The foundation was created to support K-12 education and economic development in northwest Arkansas and the Arkansas and Mississippi Delta region.

Together, the Walton brothers donated $150,000 for the construction of a new building for the Columbia Chamber of Commerce and Columbia Convention and Visitors Bureau in Columbia, Missouri. The building was named the Thomas G. Walton Building in honor of their father. 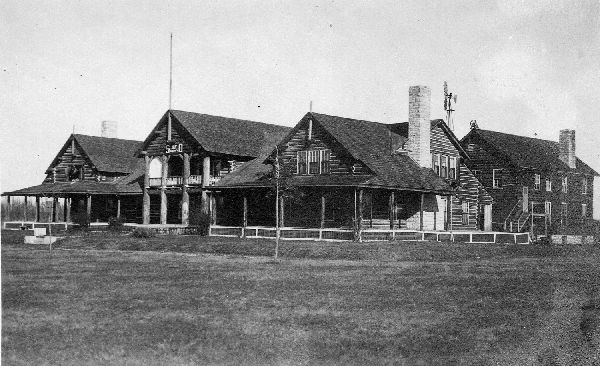 Bud Walton donated $15 million for the construction of a basketball arena at the University of Arkansas, which is named in his honor. The Walton College of Business, also located at the University of Arkansas, is named for Sam Walton out of appreciation for his generous financial support. The College of the Ozarks in Point Lookout, Missouri, is home to the James L. “Bud” Walton Chair of Retailing, which was named in honor of Bud Walton’s support of the school. 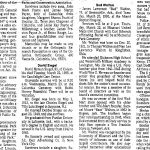 In 1992 President George H. W. Bush presented Sam Walton with the Presidential Medal of Freedom, the nation’s highest civilian award, for his contributions to business and commerce. Also that year, Walton co-authored a bestselling autobiography, Sam Walton: Made in America, with John Huey.

Sam Walton revolutionized retail merchandising due to his competitive nature, his willingness to try new ideas, his focus on keeping operational costs low, and his openness to using new technologies. His successful adoption of discount retail practices led to the growth of America’s largest company, which has produced many imitators and reshaped the retail industry.

Currently, there are more than 7,000 Wal-Mart stores and Sam’s Club locations in the United States and fourteen foreign countries.

For more information about The Walton Brothers’ life and career, see the following resources:

The following is a selected list of books, articles, and manuscripts about The Walton Brothers in the research centers of The State Historical Society of Missouri. The Society’s call numbers follow the citations in brackets.