Just like his famed pioneer father, Daniel Morgan Boone enjoyed scouting and settling new frontiers. He was the first Boone to set foot in Missouri and one of the first settlers in Kansas. As a child, he followed his father on hunting trips and soon felt at ease moving through the unknown wilderness.

Daniel Morgan Boone was born December 23, 1769, in North Carolina.  He first ventured into Missouri at the request of his father. In 1797 Daniel Morgan traveled to the St. Charles district and visited with the Spanish lieutenant governor, Zenon Trudeau. The Spanish official was eager to have settler-defenders move into the area so he gave Daniel Morgan a land grant near present-day Matson, Missouri. The official also told him that if his father, Daniel Boone, would come to the area, he, too, would receive land—and so would anyone in his party. Within two years, Daniel Boone led a band of settlers to the area.

Daniel Morgan built a double log house on his new property. His parents lived there for a number of years. He also supervised the construction of a fort on his land. In times of alarm—such as when they feared hostility from the Native Americans—settlers came to live at the fort. Later, Daniel Morgan oversaw a company of Missouri Rangers and served in the territorial militia. During the War of 1812, he worked as a spy and patrolled the frontier.

Daniel Morgan married Sarah Griffin Lewis in 1800. They had at least twelve children. Daniel Morgan made his living as a hunter and trapper. He also conducted government land surveys in what are now St. Charles, Warren, Montgomery, and Lincoln counties. Around 1805, he and his brother Nathan Boone opened a salt-making operation at a “salt lick” near present-day Boonville. They employed several men to boil kettles of water from the saltwater spring there. After the water evaporated, the salt was left behind. It was boated to St. Louis for sale. Salt was important in frontier times. It was used for preserving meat and tanning hides. The area became known as Boone’s Lick. 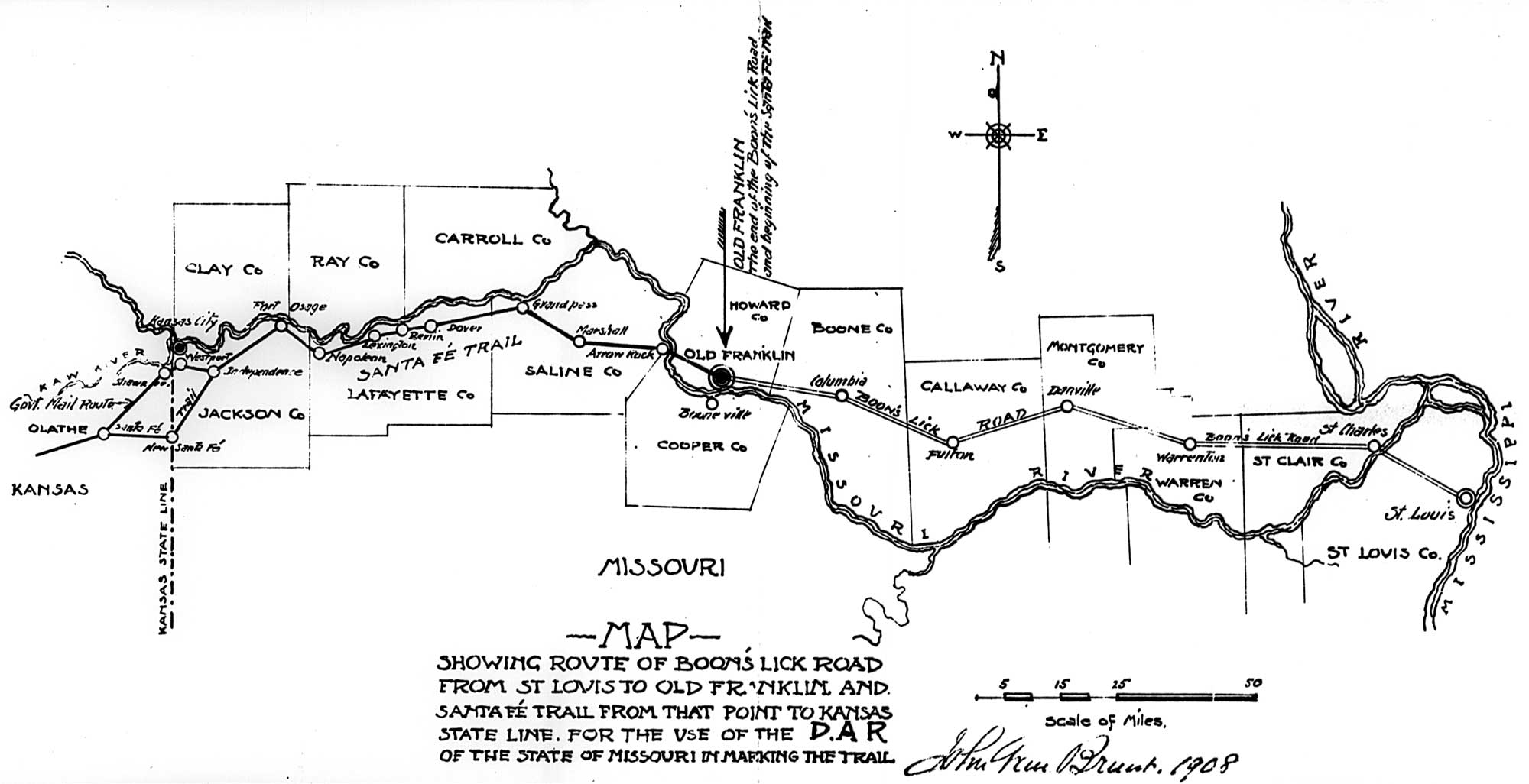 By 1826, Daniel Morgan had relocated to what is today Jackson County. In the late 1820s, he moved to what is now Kansas, settling near present-day Lawrence. There, he worked as an agriculturist for the government, teaching Native Americans to farm. He later moved back to Jackson County, where he died from cholera on July 13, 1839.

The following is a selected list of books, articles, and manuscripts about Daniel Morgan Boone in the research centers of The State Historical Society of Missouri. The Society’s call numbers follow the citations in brackets.