Carl Schurz was a Union general in the Civil War, a secretary of the interior, and a US senator. He was born on March 2, 1829, in Liblar (now Erftstadt), a village near Germany’s western border. Carl was one of four children born to Christian Schurz, a schoolteacher and small–business owner, and his wife, Marianne Jüssen. Carl’s father inspired in him a love of reading, learning, and music, while his mother taught him a strong sense of morality and justice. After receiving an elementary education in Liblar, Carl went to a more advanced school called a gymnasium in the large city of Cologne. He had to give up school for a while after his father’s business went bankrupt, but he finished his degree in 1847 after moving to the city of Bonn.

Schurz then attended the University of Bonn, where he studied history and befriended a professor named Gottfried Kinkel. When the Revolutions of 1848 swept into Germany, both Schurz and Kinkel joined the revolutionaries. Schurz edited a pro-revolution newspaper and was an officer in the revolutionary army. After the revolution was defeated by the royal government, Schurz narrowly avoided capture by hiding in a sewer, but Kinkel eventually was captured. After freeing Kinkel from prison in a daring rescue mission, Schurz escaped to Paris in 1850, then to London in 1851. There he married Margarethe Meyer and taught German to support himself and his wife. Carl and Margarethe moved to the United States in 1852 and eventually had five children. 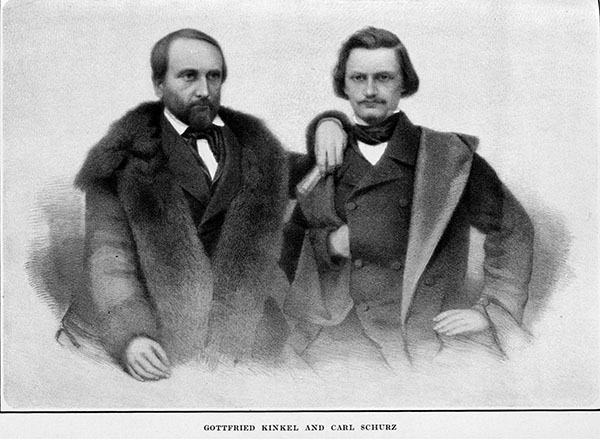 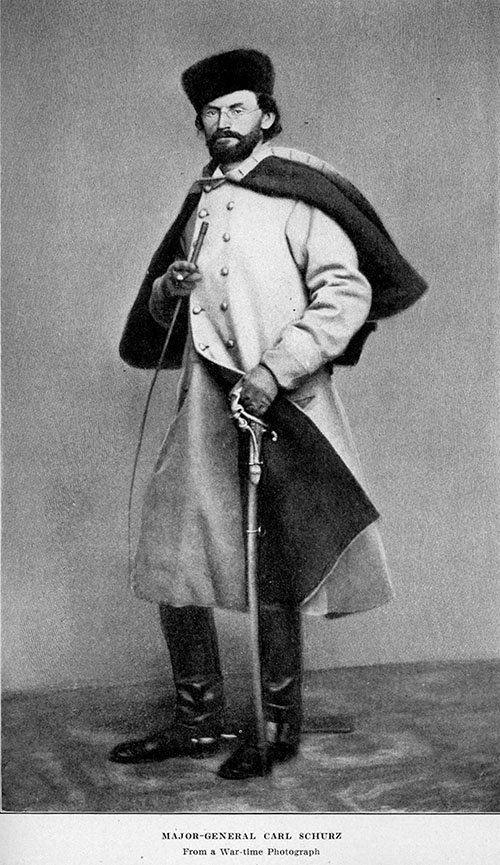 After stops in New York and Philadelphia, Schurz settled in 1855 in Watertown, Wisconsin, where he was a journalist. He also joined the Republican Party; like him, the party was against slavery. Schurz proved to be a masterful speaker and a cunning politician. After running for office twice unsuccessfully, he served as the head of the Wisconsin delegation at the Republican National Convention of 1860. He had great success in rallying German Americans to vote Republican. After the Republican candidate, Abraham Lincoln, won the election and became president, Schurz was appointed as a diplomat to Spain. But he soon convinced President Lincoln to instead appoint him as a brigadier general in the Union Army.

Schurz performed well in the Union loss at the second Battle of Bull Run in August 1862, and, partly due to his political skills, was promoted to major general in 1863. However, Schurz’s troops performed so miserably in the Battles of Chancellorsville and Gettysburg that his reputation never recovered. Schurz spent much of 1864 campaigning for Lincoln’s reelection and never again had a major military command.

When the war ended in 1865, Schurz resigned from the army. He was asked to go on a tour of the South and write a report for Lincoln’s successor as president, Andrew Johnson. Schurz disagreed bitterly, however, with President Johnson’s plans for bringing the southern states back into the Union during Reconstruction, and he quit government service. After a brief run as a newspaper editor in Detroit, Schurz moved to St. Louis in 1867. He edited and co-owned the Westliche Post, a popular German-language newspaper, and employed the young Joseph Pulitzer, who later became one of the nation’s most successful newspaper publishers, as a reporter. Schurz continued to support the Republican Party, and in 1868 he became the first German American elected to the US Senate.

Although Schurz served just one Senate term (1869–1875), he was very influential because he functioned as a spokesman for German Americans, a large and important immigrant population. By 1870, Schurz was publicly attacking the Ulysses S. Grant administration and its power base in Congress, the Radical Republicans, over a high level of government corruption and disagreements concerning plans for Reconstruction. Schurz banded together with a like-minded faction called the Liberal Republicans, which opposed the Radical Republicans. The Liberal Republicans helped get B. Gratz Brown elected governor of Missouri, but they fell apart in Missouri and across the nation after failing to successfully oppose Grant’s reelection bid in 1872. 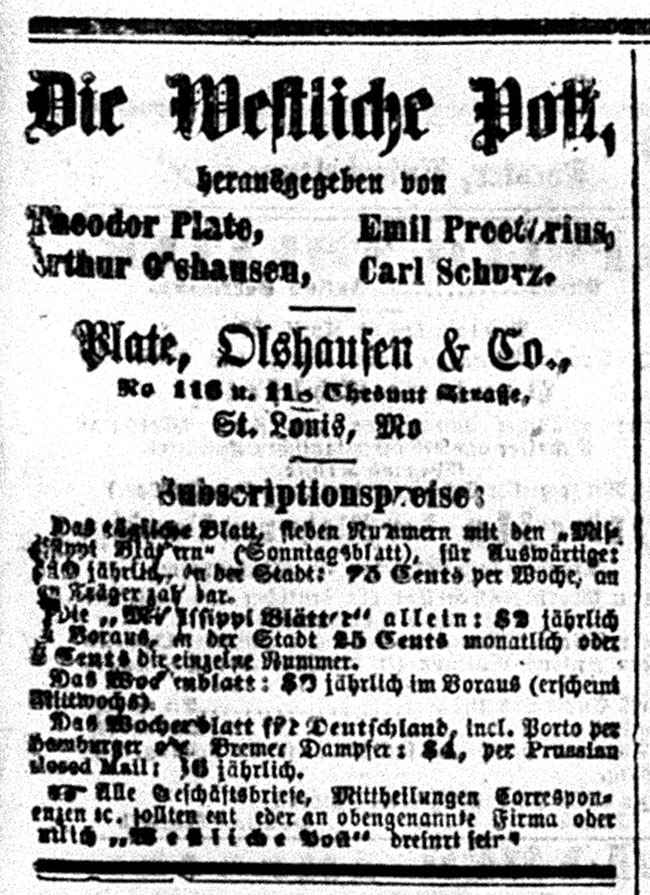 Politically weakened after his faction’s loss, Schurz lost his Senate reelection bid in 1875. He supported Rutherford B. Hayes’s election run in 1876 (the same year that Margarethe died in childbirth), and was rewarded with the post of US secretary of the interior while Hayes was president. Schurz began reforming corruption within the Department of the Interior, protected natural resources, and eventually changed the policy toward Native Americans away from segregation on reservations and toward assimilation into “mainstream” society. After Hayes’s term ended in 1881, Schurz moved to New York and never held another government position. 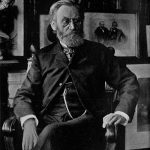 Schurz did, however, continue to use his popularity to gain support for political causes. He was an active writer and public speaker, led the National Civil Service Reform League, and from 1881 to 1884 edited and eventually co-owned the Evening Post newspaper. In 1884, Schurz supported the Mugwumps, a Republican political faction that voted for the reform-minded Democratic candidate, Grover Cleveland. In 1900 he officially and finally broke from the Republican Party over its policy of expanding American influence into foreign lands. He spent his remaining years writing his autobiography, living until May 14, 1906, when he died after a period of declining health.

For more information about Carl Schurz’s life and career, see the following resources:

The following is a selected list of books, articles, and manuscripts about Carl Schurz in the research centers of The State Historical Society of Missouri. The Society’s call numbers follow the citations in brackets.