Auguste Chouteau helped his foster father, Pierre Laclède Liguest, found the city of St. Louis. Auguste and his half-brother, Pierre, became successful fur traders, businessmen, and government officials. During their lifetime, the Chouteaus were the most prominent and powerful family in St. Louis. They helped make St. Louis a thriving commercial center.

Auguste likely attended school in New Orleans. Laclède was Auguste’s mentor and father figure. Both shared a lifelong love of reading and each owned a large library. Since Pierre was not yet six when he moved to the frontier village of St. Louis, he received a less formal education. Both Auguste and Pierre learned penmanship and a number of other skills, such as bookkeeping and surveying. Laclède joined a local military regiment and eventually became the business partner of his regimental commander, Gilbert Antoine de St. Maxent, a prominent fur trader. Laclède and Maxent eventually employed Auguste as a clerk, but his role in their business operations was soon to expand greatly. 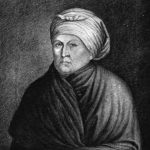 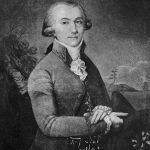 Pierre Laclède, also known as Pierre de Laclède Liguest, emigrated from France to the city of New Orleans in 1755. He and his business partner, Gilbert Antoine de St. Maxent, were given permission by the French government to build a fur trading fort several hundred miles up the Mississippi River. In 1763 Laclède left New Orleans with several workers, including his foster son, Auguste Chouteau, and five boats full of supplies. Instead of building a simple fort, Laclède decided to plan a full-scale colonial settlement, which he named St. Louis, in honor of King Louis IX of France. Although Laclède drew up the plans for the settlement, Auguste led the work crews that did much of the early construction. Laclède made peace with powerful Indian tribes such as the Osages and the Missouria, and St. Louis became a fur trading center. Laclède built important structures for the St. Louis citizenry, such as a flour mill, but went bankrupt as a fur trader. He did, however, get Auguste and Pierre Chouteau started in the fur trade. They and many of Laclède’s other descendants made fortunes in the fur trade and became one of the richest and most influential families in St. Louis.

Amid financial problems caused by the French and Indian War, the governor of Louisiana gave Maxent and Laclède permission in 1762 to build a trading post several hundred miles upriver from New Orleans. They were also granted a monopoly on trade with indigenous tribes west of the Mississippi River. Accompanied by the thirteen-year-old Auguste, Laclède departed in August 1763 with about thirty workmen, some enslaved individuals, and a large collection of supplies on five boats.

Laclède located a promising spot south of the confluence of the Mississippi and Missouri Rivers, then spent the winter in Fort Chartres, a French fort on the other side of the river. He sent Auguste ahead to start building a small settlement and trade depot. Auguste likely reached what is now the St. Louis riverfront on February 15, 1764, with a detachment of workers and supplies, and immediately began clearing land and erecting buildings. Laclède rejoined Auguste and his workers in the spring, with detailed building plans for the settlement he named St. Louis, after King Louis IX of France. They were soon joined by several other French colonists. In September, Madame Chouteau, Pierre, and the rest of the Chouteau children joined Laclède and Auguste in St. Louis. 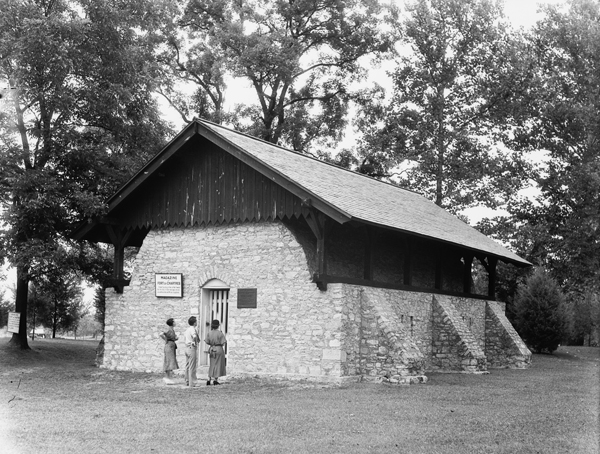 The Secret to Their Success

Laclède and Maxent lost their trade monopoly when the French were forced to give their colonial holdings west of the Mississippi to Spain after the French and Indian War. Laclède went bankrupt after going into debt to buy out Maxent’s share of their partnership, then became ill and died in 1778. Auguste and Pierre went on to make a fortune in the fur trade. One reason for their success was their close relationship with local indigenous tribes.

Before Laclède’s death, Auguste began a partnership with Pierre in the St. Louis fur trade. Since the valuable furs they sought were obtained by trade with Native Americans, Laclède taught Pierre and Auguste the importance of having good relations with the tribes that supplied their furs, particularly the powerful Osage tribe. The brothers took this lesson to heart, and it was the key to their financial success. Auguste and Pierre became students of indigenous culture. They were respectful of tribal customs and developed a reputation for being honest and fair. The Chouteaus were also known for providing a variety of high-quality goods to tribes that supplied them with furs. This reputation helped the Chouteaus succeed despite competition from other traders. 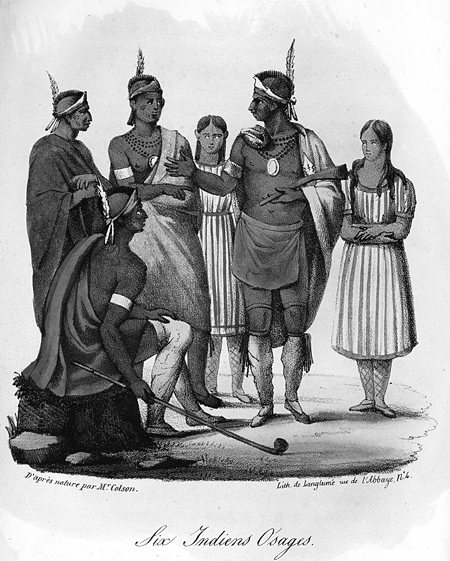 Aside from their bonds with the Osages, another key to the Chouteau brothers’ success was their connections with several of the richest and most powerful people in the Louisiana Territory. They had a close relationship with Gilbert Maxent, Laclède’s former business partner, one of the most well-connected merchants in New Orleans. They also gained powerful connections through marriage. In 1786, Auguste married Marie Thérèse Cerré, the daughter of a rich merchant. In 1783, Pierre married Pelagie Kiersereau, an heiress to a small fortune. After Pelagie died during childbirth in 1793, Pierre married Brigitte Saucier. She had three brothers who were successful merchants. Aside from his Native American children, Auguste had seven children by his wife Marie Thérèse. Pierre had four children with his first wife and five more with his second wife. Almost all of Auguste and Pierre’s male children were successful businessmen and/or fur traders, and nearly all of their daughters married powerful and prominent men such as merchants, government officials, and military officers. 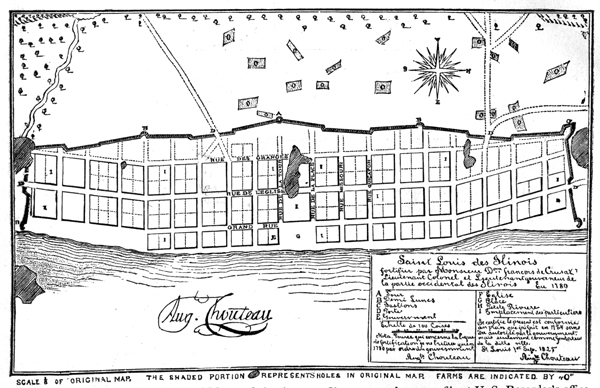 The brothers maintained a good relationship with the Spanish government. When the American Revolutionary War disrupted trade along the Mississippi, only Auguste and a few other merchants were given special permission to buy goods across the river in British territory. When Spain sided with the Americans against Britain, Auguste donated a large amount of money to help the Spanish military build defenses in St. Louis. Auguste and Pierre both served in the local militia that successfully defended the city against an attack from British soldiers and their indigenous allies on May 26, 1780.

When the relationship between the Osages and the Spanish government declined in the late 1780s and early 1790s, it resulted in a trade ban and, eventually, a declaration of war. The Chouteaus helped draft a peace agreement between the two sides. As part of the agreement, the brothers built Fort Carondelet in 1795 deep in Osage territory, in what is now western Missouri. Pierre was given the militia rank of lieutenant and paid by the Spanish to run the fort. The Chouteaus were then given a monopoly on trade with the Osage for several years. The brothers also invested in real estate, milling, banking, mining, and retail stores.

When the United States purchased the Louisiana Territory in 1803, the Chouteaus pursued the same kind of relationship with America that they had held with Spain. They shared their knowledge of the region and provided money, lodging, and supplies to aid Lewis and Clark‘s Corps of Discovery expedition. Auguste and Pierre communicated regularly with President Thomas Jefferson, and Pierre led a delegation of indigenous tribal leaders to meet him.

The Chouteau brothers served in a number of government offices after the Americans took over. Auguste was appointed as a judge, justice of the peace, pension agent for Missouri veterans of the Revolutionary War, lieutenant colonel of the first American militia group west of the Mississippi, and served in the Missouri territorial legislature. Pierre was a justice of the peace and served as a militia officer. Pierre was also named the head Indian agent for Upper Louisiana. He helped negotiate the Treaty of Fort Clark, which required the Osage to give up most of their land in Missouri and Arkansas. 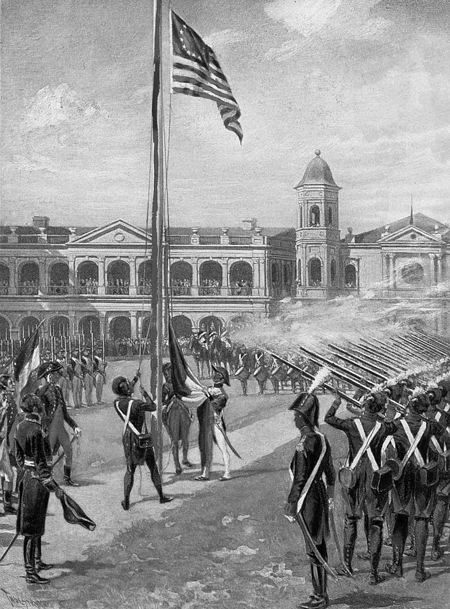 In 1805, Marguerite, who was enslaved by Pierre, sued for her freedom. When the Spanish outlawed indigenous slavery in 1769, Marguerite’s mother, who was Natchez, should have been freed. Instead, she remained enslaved and her children, including Marguerite, were born into slavery. Although Marguerite lost the case, mainly due to Pierre’s political influence in St. Louis, she filed another freedom suit in 1825. In 1836 she won her freedom from Pierre, and the freedom of all her sisters and children. This case is credited with officially ending indigenous slavery in Missouri. 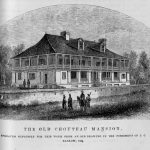 Auguste and Pierre remained leading citizens in St. Louis for the rest of their lives. By the early 1820s, Auguste’s health was declining. He died after a long illness on February 13, 1829, at the age of seventy-nine. Auguste was the richest man in St. Louis at the time of his death. His estate was valued at over $100,000, which today would be worth millions. It included several enslaved individuals, real estate, an impressive library, and many personal items. Around the time of Auguste’s death, Pierre retired from business and began limiting his public appearances in St. Louis. Pierre died on July 9, 1849, at the age of ninety. His estate was valued at over $79,000.

Auguste and Pierre Chouteau were pioneers in the fur trade and leading citizens of St. Louis. Auguste helped carve the settlement out of the wilderness, and the two brothers’ business activities helped make St. Louis an important trade center on the Mississippi River. Their many investments, their good relationship with local indigenous tribes, and their favor with the Spanish and American governments helped bring long-term success not only to generations of their descendants but also to the city of St. Louis. 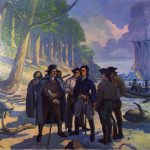 For more information about Auguste and Pierre Chouteau’s life and career, see the following resources:

The following is a selected list of books, articles, and manuscripts about Auguste and Pierre Chouteau in the research centers of The State Historical Society of Missouri. The Society’s call numbers follow the citations in brackets.